Home » News » State has not permitted any survey in Kodagu for Railway line: CM Kumaraswamy 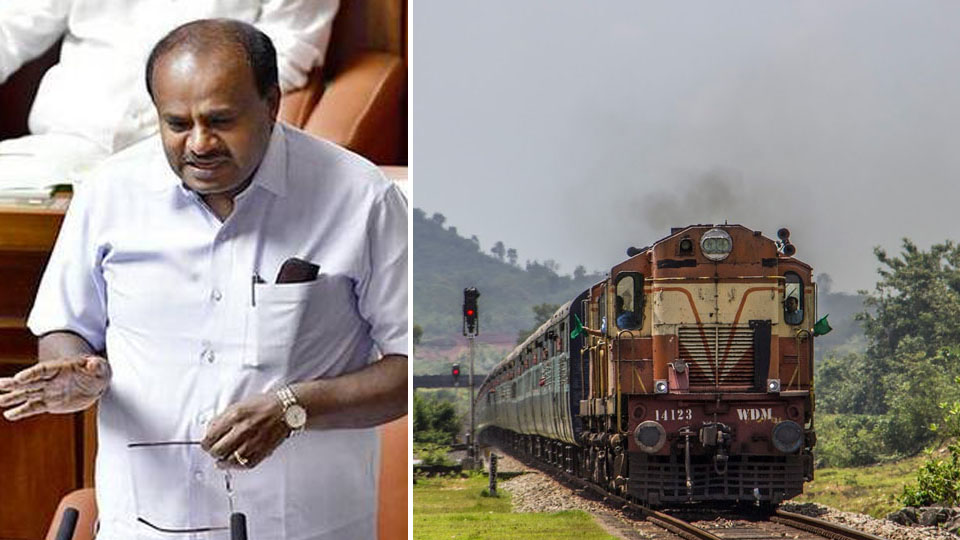 State has not permitted any survey in Kodagu for Railway line: CM Kumaraswamy

Bengaluru:  The State Government has not accorded permission to anybody to conduct a survey on the proposed Thalassery-Mysuru Railway Line via South Kodagu, said Chief Minister H.D. Kumaraswamy. He was replying to a question in the Legislative Council raised by MLC Sunil Subramani yesterday.

The MLC had submitted a detailed question to the Speaker about the ongoing survey by Konkan Railway Corporation for the Railway project in forest and private lands of South Kodagu. Sunil told the Speaker that armed with maps, sketches and other equipment, teams were conducting the survey in the forest lands of Kutta, Srimangala, Kanoor, Balele and Thithimathi.

Replying to the question during the Zero Hour, Kumaraswamy admitted that the government of Kerala had sought permission to conduct the survey. “We had got a request from the Kerala government and we had told them to send us a proposal. But we have not granted permission for any  survey,” the CM stated.