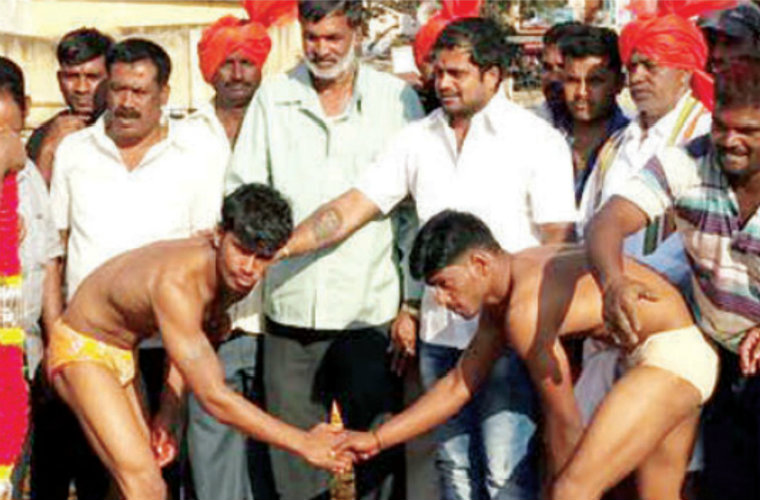 The State-level Wrestling competition organised by Karnataka Rakshna Vedike at the Vidyvardhaka School grounds witnessed 30 pairs of wrestlers from various parts of the State vying for the top honours.  The main attraction of the tournament was the fight between Pahilwan Vishnukoth of Pune and Pahilwan Karthick Kate of Davanagere.