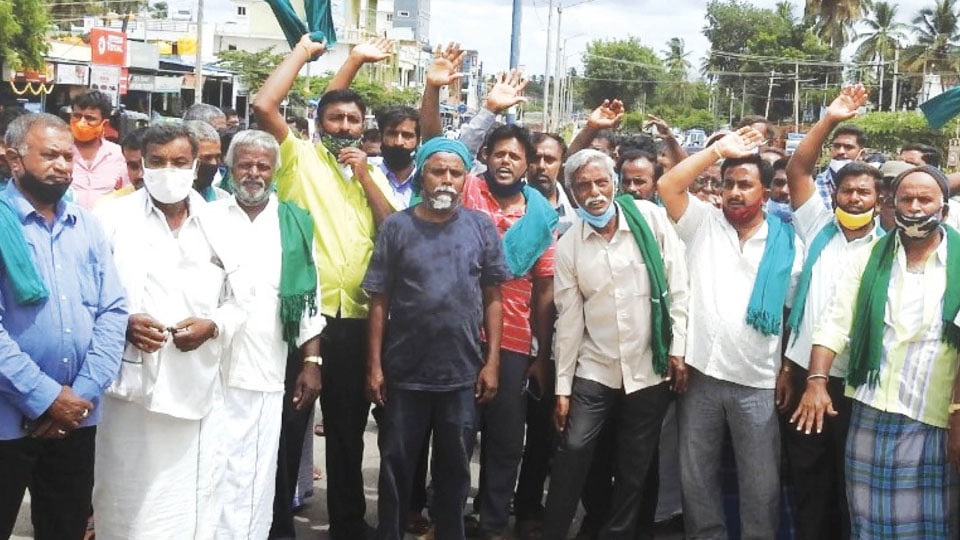 Pandavapura: Strongly opposing quarrying activities in the vicinity of KRS Dam, farmers,  under the banner of Karnataka Rajya Raitha Sangha (KRRS)  staged a demonstration by blocking the road at Five Lights Circle in Pandavapura town yesterday.

Addressing the protestors, KRRS Pandavapura Taluk President Chikkade Harish said that the Krishnaraja Sagar Reservoir is the lifeline of the people of Mandya, with lakhs of farmers earning their livelihood from the waters of the dam. Alleging that illegal stone quarrying is going on rampantly around the dam, which poses a threat to the safety and stability of the dam, the protestors urged the Government to put an end to illegal mining at once. Maintaining that farmers have been relentlessly opposing illegal mining activities, Harish warned of intensifying protests if the authorities fail to act against illegal quarrying.

Traffic on the busy Srirangapatna- Bidar Highway that passes through the town was disrupted for sometime due to the road blockade. KRRS office-bearers Vijaykumar, Raaghu, Manju, K.T. Govindegowda and others were present.