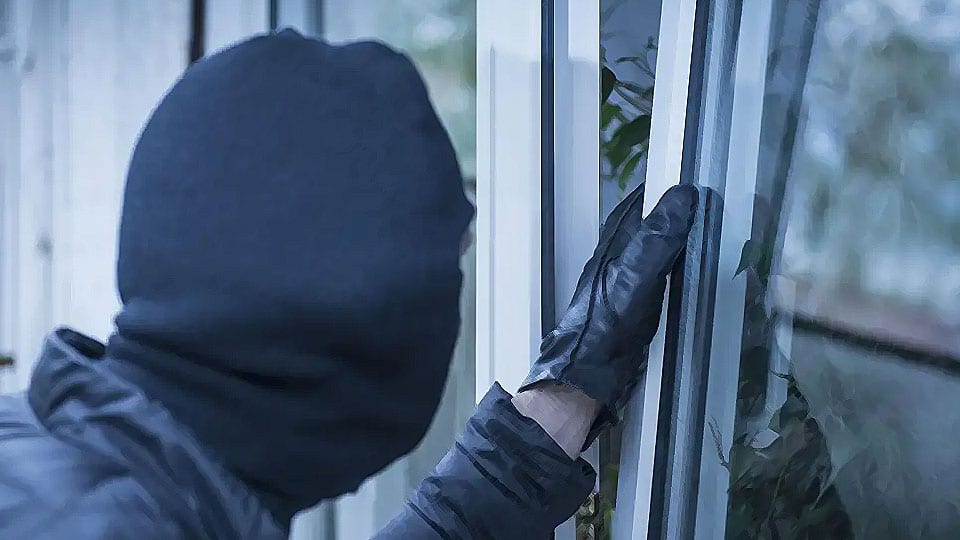 Mysuru: A stranger, who barged into a house in city in broad daylight yesterday, stabbed a home-maker and fled from the spot when she screamed for help. The victim is 32-year-old Ramya.

The incident took place at the house on 4th Cross, North Road in Krishnamurthypuram. The victim is admitted to a private hospital, where she is said to be out of danger.

A native of Chamarajanagar, Ramya had shifted to Mysuru for her children’s education and had taken a house on rent at Krishnamurthypuram just one-and-a-half-months ago. She was staying with her two children and grandmother. She had told the house owner that her husband was working in Bengaluru.

Yesterday, when her children had gone to school, she was alone in the house as her grandmother had gone to the native place a few days ago. At about 12.30 pm, someone knocked the door. When Ramya opened the door, an unidentified man barged in and stabbed her repeatedly. When she tried to stop him, Ramya got injured on her hands too.

Ramya, who was bleeding profusely, began to scream for help. The neighbours, who heard her cries, rushed to her help but the unidentified man fled from the spot on his bike by the time the help arrived. The neighbours, who saw Ramya lying in a pool of blood on the frontal steps of her house, rushed her to a private hospital nearby.

Lakshmipuram Police, who rushed to the spot, conducted mahazar, took the knife left behind by the attacker to their custody and summoned fingerprint experts to the spot besides registering an attempt to murder case.

Was the accused known to the victim?

During preliminary investigation, the Police have come to know that the unidentified person, who stabbed Ramya is about 23-years-old. Ramya has told the Police that the attacker was a total stranger to her.

But there is a building construction going on next to her house and the house owner stays adjacent to her house. The road is very narrow and even a small sound could be heard by the neighbours.

In such a busy area, how can anyone come to rob or attack a person? The Police, who have suspected the hand of some known person behind the attack, are investigating in this angle also.

Krishnamurthypuram Lakshmipuram Police
BJP takes out massive rally against Jesus Statue at Kanakapura
Beware of extortionists in the guise of giving lift !