Home » News » Beware of extortionists in the guise of giving lift ! 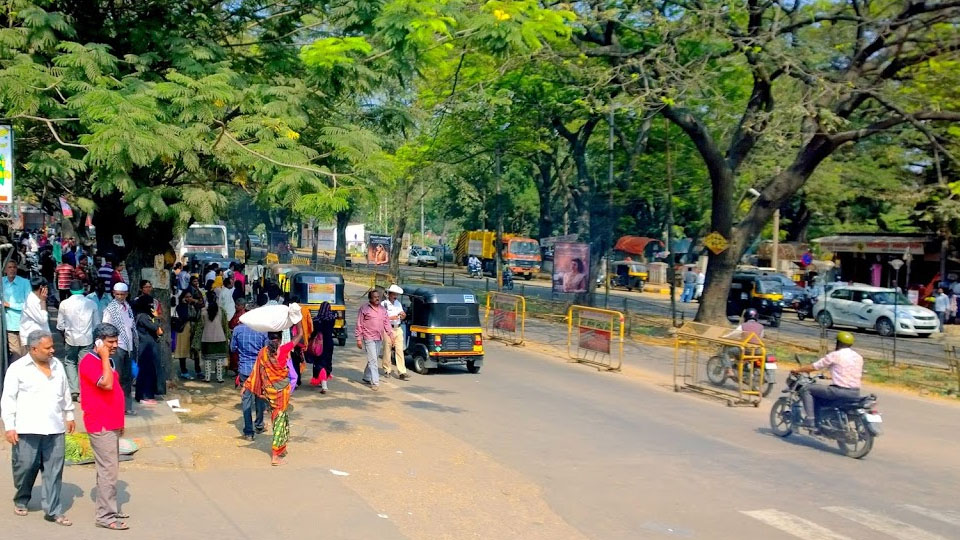 Beware of extortionists in the guise of giving lift !

Mysuru: Even as the incident of a tourist guide being assaulted and robbed by a gang of miscreants on the pretext of offering a lift to him in their car is still fresh in the minds of people, an engineer from city too was robbed of his valuables at knife-point by three persons in the guise of giving a drop to him yesterday morning.

The victim is 33-year-old Madhu Vikas, son of late Basavanna,  a resident of Gowrishankar Nagar in city and an employee of MICO in Bengaluru. Though Madhu resides in Bengaluru, he had come to Mysuru 15 days ago to conduct the obsequies of his deceased father.

The incident: Early yesterday morning, Madhu was waiting for a bus to Bengaluru at the exit point of Suburban Bus Stand, when the three miscreants, who came in a Swift Dzire car, told the waiting passengers that the car was proceeding to Bengaluru and offered lift.  As soon as Madhu heard the word ‘Bengaluru,’ he immediately jumped into the car without thinking twice and without noting down its registration number. As there were three persons including the driver inside the car, Madhu thought that the other two were passengers to Bengaluru and sat on the rear seat of the car.

The car, after proceeding via Ashoka Road, reached Columbia Asia Circle and instead of going straight towards Bengaluru, the driver took a left turn on the Ring Road towards KRS Road. When Madhu began to question this, the person next to Madhu brandished a knife and threatened of killing him if he does not keep quiet and snatched his gold finger ring and gold chain. The miscreants also snatched his wallet and took out Rs. 500 currency, ATM Cards.

When the car reached the KRS Road-Royal Inn junction, the driver turned to his left and proceeded towards Vontikoppal Temple and took a right turn and stopped the car near HDFC ATM kiosk on the Temple Road. The miscreants obtained password of ATM Card from Madhu and tried to withdraw cash. As Madhu had given the wrong password, they could not withdraw cash. Angered over this, the miscreants stabbed Madhu on his thigh and obtained the correct password.

In his complaint, Madhu has stated that the exact amount withdrawn from the ATMs is not known as the miscreants had snatched his cell phone and he was unable to read the messages sent after cash was withdrawn.

The car again proceeded on Irwin Road to reach Government Ayurveda College Circle where they pushed Madhu out of the car near a roadside footwear shop at about 5.30 am and sped away.

The injured Madhu somehow managed to call his brother and with his help reached Lashkar Police Station and lodged a complaint. Inspector Muniyappa, who registered a case, took Madhu to the spot of crime and to the ATMs from where the miscreants withdrew cash, collected the footages captured in CCTV Cameras at the ATMs . The Cops also took Madhu on the route the miscreants had taken him. As it was dark, the registration number of the car was not clear, said Inspector Muniyappa, who has launched a hunt to trace the car and nab the miscreants.

It may be recallled, tourist guide David Alexander was assaulted and robbed of his money by miscreants who had offered to drop David in their car to Srirangapatna and later pushed him out of the car near Naguvinahalli check post in October 2019.