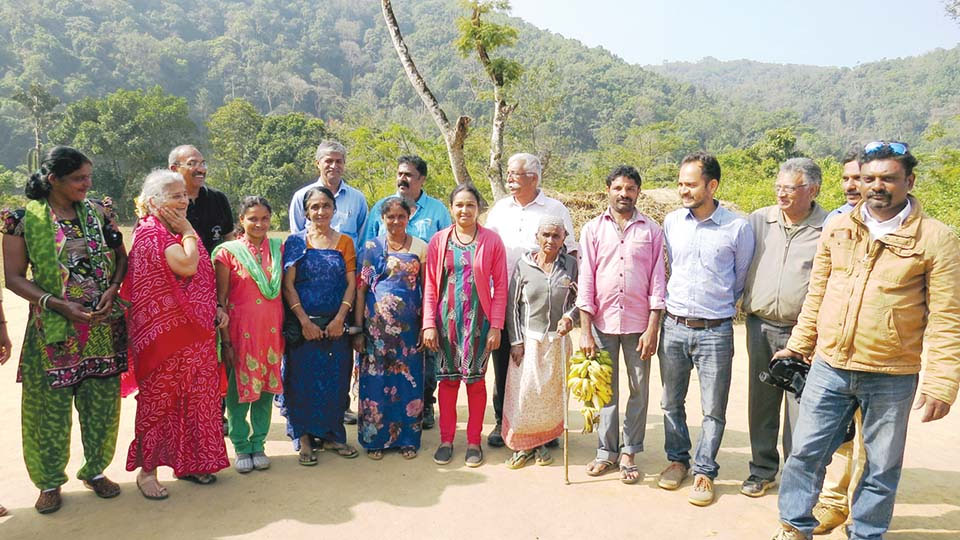 Madikeri:  Before attending the meeting at the Deputy Commissioner’s Office, Infosys Foundation Chairperson Sudha Murty visited some of the flood-affected areas and interacted with affected families.

Accompanied by officials from the Foundation, Sudha Murty first visited the house of Panathale Janardhan at Devastur village and assured him of building a house. Saddened by the extent of damage caused by floods and landslides, Sudha Murty told the villagers and women that the Foundation would help them rebuild their lives.

Sudha Murty next visited the field of Appaneravanda Chinnavva where villagers urged her to build a poly house (naturally ventilated climate controlled structures) for them to grow vegetables. The team then proceeded towards Mandalapatti Road to reach Soorlabbi School and assured funding from the Foundation.