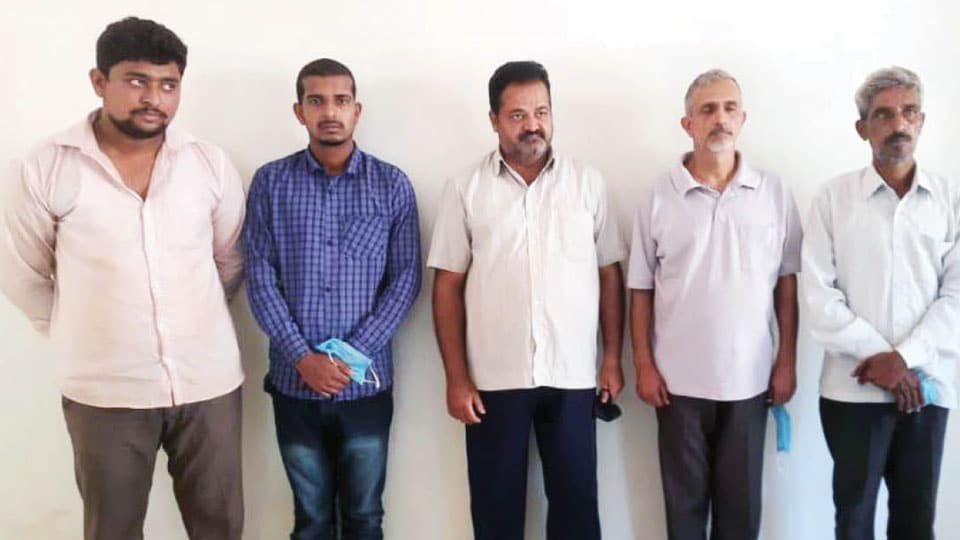 Mysore/Mysuru: Five persons including two supari killers have been arrested by Saraswathipuram Police in connection with the sensational murder of retired Principal Parashivamurthy at his residence in Nivedithanagar in city on Sept. 20 night.

During interrogation, the Police came to know that deceased Parashivamurthy, who was also the Secretary of Vishwachethana Sanskrit School was not disbursing the assured salaries to the staff and taking a cut to meet his personal expenses. He was also said to be harassing the staff using foul language. This, according to the Police had led to the murder of Parashivamurthy.  The deceased was also into money lending business, real estate and involved in property dispute.