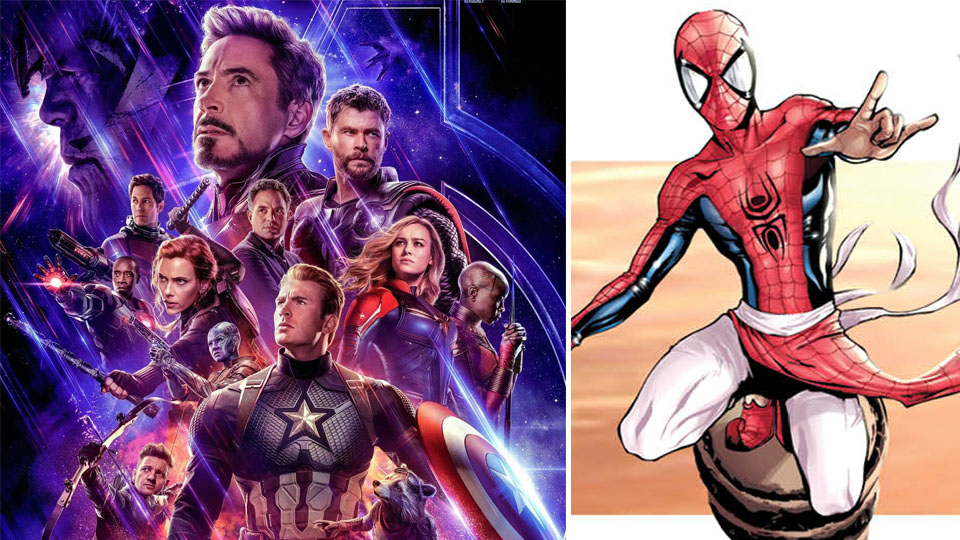 The movie, Avengers : Endgame was released yesterday and ticket bookings were “ferocious and enormous” as described by CEO of the Multiplex chain PVR Pictures Ltd.  Some theatres even ran 24×7 to accommodate the demand !

In recent times superhero movies have become an obsession and all are afflicted. Yesterday parents gave permission to their children to skip college to watch the first show and adults went to bed early so they could be fresh for the early morning show. Even in our small city, people’s urge to watch this movie on the first day was “ferocious and enormous.”

Every one enjoys a good movie or a book but constantly talking about it when among people who don’t watch such movies or read such books can be irritating and is bad manners. One especially sees this bad habit among “franchise obsessed” movie fans. I have been among them and I have felt left out and sometimes insulted.

For example, once I was among Potter-heads (that’s what Harry Potter fans call themselves) they were, as usual talking about Harry Potter and I was feeling like a pot-head, as everything was going over my head. When I mentioned it was bad manners to indulge in non-inclusive topics, one of the girls pointed her fingers at me and said Evanesco ! Her friend giggled and told me that it was a spell to make one vanish ! She had asked me to shut up and leave in Harry Potter language !

And she was in her mid-30s! What is happening to older people?! Is this the new mid-life crisis? Where grown men and women obsess over superhero movies and a teen magician?

Star Trek fans are the worse. They are the most vexatious of all “franchisee movie” fans. They cannot stop talking about the various plots and greet each other with that ‘Vulcan Salute’ which by the way is on the WhatsApp emoji list ! These fans are so hi-brow that they even have their own language called Klingon.

READ ALSO  Interview of the Month: Siddharamaiah is a disaster - Amit Shah

Speaking of Star Trek here is a true story. I once was boarding a flight in Los Angeles USA late at night. As I was waiting I noticed a very grumpy and a very red looking Caucasian man walking towards me with a sombre looking lady in his arm. It was William Shatner, Captain Kirk from Star Trek TV series.

Excited I did the only thing I knew about Star Trek. I gave him the Vulcan Salute as I had seen Star Trek fans do it in the US while saying “Live long and prosper.” He looked at me grumpily and simply said “You got it wrong” and walked past. In my excitement instead of a Vulcan Salute I had made a horn sign like in a rock concert.

Now, what makes most of Indian Marvel comic fans a tad bit silly is that most of them have not read the comics, instead they have gone straight to the movies. This makes their fan frenzy and obsessive conversations about Marvel’s portfolio of characters a bit insincere and put on.

That is why Comic Convention aka Comic Con in India is more about playing ‘dress up’ and hunting for Instagram moments than actually getting into character. This, of course, does not hold good for Harry Potter and Lord of the Rings fans, they read and they know what they are talking about.

In fact, Harry Potter and Lord of the Rings have inculcated a reading habit among teens and adults alike. Parents and children seriously discuss these books and characters. The children get a philosophical perspective of the story which only a parent can see and parents get an interesting perspective about characters only a youngling notices. Overall it’s good for the mind and makes for great family time.

While we do appreciate fabulous prose and imagination of J.K. Rowling and J.R.R. Tolkien, may be it is time for some of us to explore the world of graphic novels. And in recent times there have been some fantastic ones.

Like many I too had forgotten how illustrations and prose can come together to form a visual, intellectual and emotional treat until I read Persepolis by Iranian illustrator and writer Marjane Satrapi.

In India too there is a quiet demand for mature adult graphic novels. No, I am not talking about sexy Savitha Babi comics, I am talking about graphic novels such as Barn Owl’s Wondrous Capers by Sarnath Banerjee and Kari by  Amruta Patil to name a few.  Even comics have come a long way, from Commander Dhruv by Raj Comics to Devi by Liquid Comics — they are all comics with good story line and illustrations.

Now, thank god Avengers has come to an end. After 10 years and 22 movies, I have had enough of watching grown women go on drooling over ‘Thor’ and children going on and on about Iron Man suits. I was tired of hearing grown men repeat dialogues of a talking raccoon and being enamoured by a green woman.

May be someone will now make a movie about an Indian superhero. But then normal Indian heroes are superheroes. Remember how Inspector Chulbul Pandey’s bulging muscles ripped through his uniform when he got angry? So I guess Flying Jatt and Krrish are the best we can do for now.

But I am a bit worried that all this ticket sales is attracting attention of American Studios and Publishers. Why? Well, remember when Spiderman did well in India and in order to attract more Indian audience they made an Indian Spiderman named Pavitr Prabhakar sporting a dhoti and swinging around Mumbai fighting crime?

They didn’t stop there. Original Spiderman, Peter Parker’s aunt and uncle were Aunt May and Uncle Ben; in the Indian version it is Maya Aunty and Bhim Uncle! American Peter Parker’s girlfriend was Mary Jane and Pavitr’s is… Meera Jain. Really, is this necessary?! Though the comic is well-designed, it still makes one cringe.

So let’s hope that the American Publishers, in order to please the Indian audience, don’t turn Harry Potter into a young teen Jadugar from Punjab named Hari Putter and ruin it for the Potter-heads.