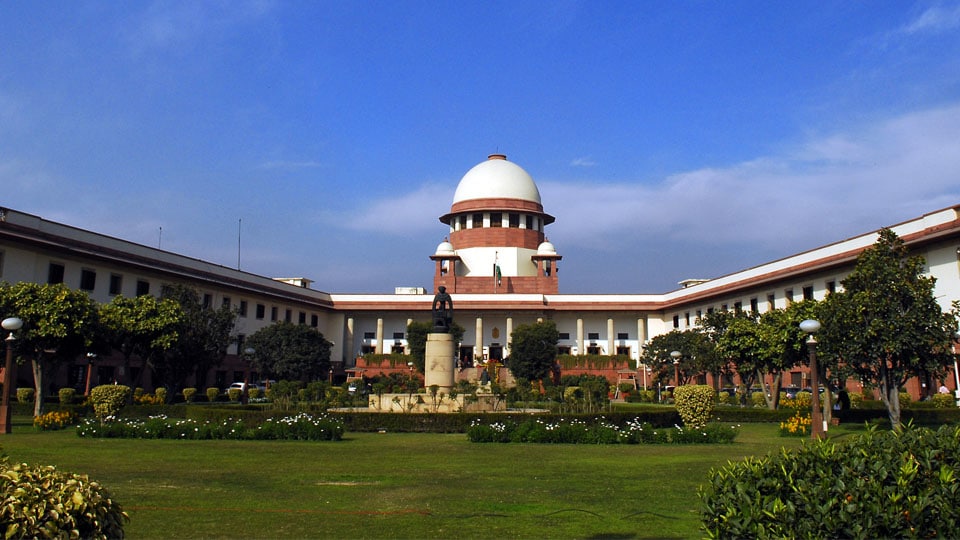 New Delhi: The Supreme Court yesterday paved way for Class 10 SSLC Board examinations to be conducted in Karnataka as scheduled, from June 25 to July 4.

Appearing for the petitioner, Senior Advocate Jayna Kothari apprised the Court that around 8.48 lakh students would be taking the exam. The High Court, it was submitted, had failed to appreciate the high risk and impact to the health and lives of minor students, by allowing the same to be conducted.

Though the Government had come up with guidelines and a Standard Operating Procedure (SOP), the petitioner argued that in the light of COVID-19 pandemic, the decision is in violation of minors’ right to life.

Elaborating on their concerns, it was pointed out that there would be around 25-30 lakh people on the streets, including students, parents/guardians, staff etc., while making it to over 3,000 examination centres across the State. Thus, the petitioner urged for the examination to be cancelled and advocated for results to be declared on the basis of internal assessment.

On May 27, the Karnataka High Court had given a go-ahead to the decision of the State to conduct examinations from June 25 and opined that adequate measures must be in place to ensure the safety of students appearing for the same. It was satisfied with the Government notified guidelines and SOP to that effect.

The Apex Court upheld the Karnataka High Court’s stand of being slow in interfering with academic matters. While dismissing the plea, it was observed that a constitutional court must try not to interfere in academic matters.

The other contention brought forth by the petitioner was regarding the Government’s decision to grant migrant children and those living in containment zones the option of appearing for Board examinations after a period of two months.

The Court noted that there is the option of appearing on a later date. This, the Top Court was of the view, would allow examinations to be conducted after two months, if it was not possible for students to appear from June 25, on account of the petitioner’s concerns.