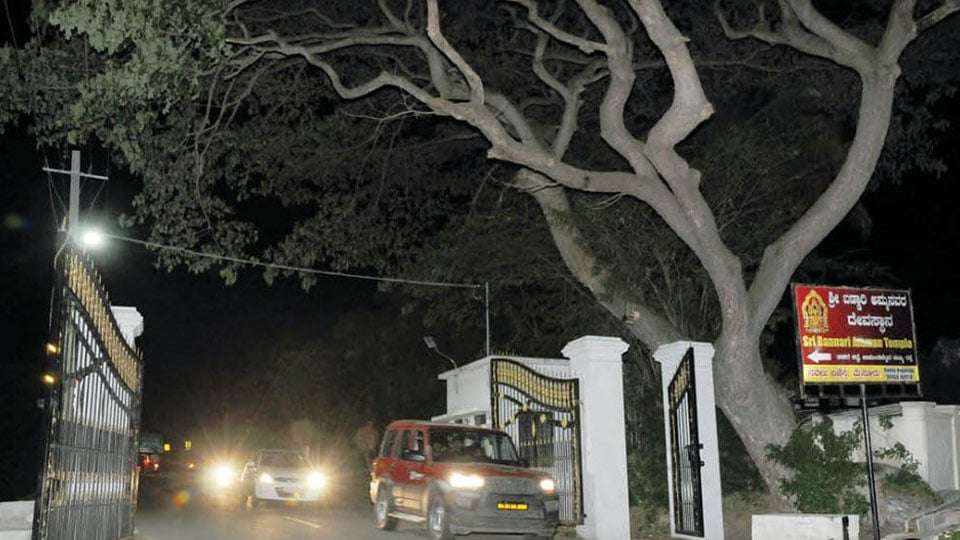 Mysuru: The Police Department, which has announced high alert over terror attack, has banned entry of tourists and devotees to Chamundi Hill after 9 pm.

The Police Department is taking all steps to avert any untoward incidents atop the Hill as the Naada Habba is fast approaching. The Police are collecting information of those entering the Hill and entry is being given to those only during emergency.

Six persons interrogated in Udayagiri: As the State Government has issued high alert across important places, six persons from Mumbai, who were staying at Udayagiri on temporary basis, were interrogated by Udayagiri Police.

They had come to city following a cheque bounce issue and the Police, on suspicion interrogated them. As there were no criminal cases against the six persons, they were let off.