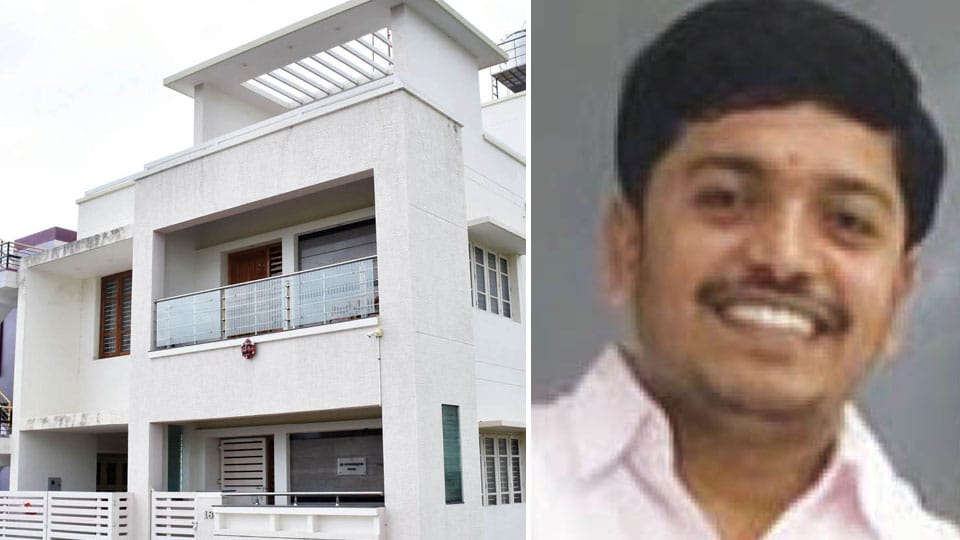 • Police take ex-service gunman into custody for lending his pistol

Mysuru: Days after the case of Familicide came to light shocking the conscience of Mysureans, the Gundlupet Police have taken Omprakash’s gunman into custody and have subjected him into severe interrogation. Last week, Omprakash Bhattacharya, a businessman and entrepreneur from Mysuru shot his wife, son, father and mother on the outskirts of Gundlupet and later shot himself with a .32 mm pistol.

Nagesh, an ex-serviceman who worked as Omprakash’s gunman, has been booked by the Police for handing over the gun registered in his name to Omprakash. Nagesh had given his pistol to Omprakash who did not have a gun licence. The 0.32 pistol’s magazine holds 12 bullets and Omprakash had used six bullets while the rest were intact.

The Police are suspecting that Omprakash would have test-fired the gun once before he killed his family — wife Niharika alias Nikhita, son Arya Krishna, father Nagaraja Bhattacharya and mother Hemalatha alias Hema. He later shot himself.

The gunman has been booked under various provisions of Indian Penal Code and Indian Arms Act, 1959. Nagesh, a native of Hassan, was booked for culpable homicide not amounting to murder and the offence attracts a punishment of 10 years in jail. He has also been booked for transferring his licenced pistol, which is punishable with a jail term of five years.

Omprakash had hired three gunmen — all ex-servicemen — for safety following a threat from moneylenders as he had borrowed crores of rupees from them. Investigation has revealed that Nagesh had handed over the gun a day before the crime. The three gunmen were guarding Omprakash and his family since the last seven months.

The well-built gunmen were paid a monthly salary of Rs. 35,000 each and worked at Omprakash’s House Number 18 ‘Anantha Padmanabha Nilaya’ Gravity Line near Jodi Bevina Mara at Dattagalli. Police said that the other two gunmen will also be questioned and the call records of Omprakash will be scanned to see that if he had received any threat calls from the underworld. Police will summon experts from Bengaluru to check Omprakash’s electronic gadgets, including cell phone.

Thirty-five-year-old Omprakash led a lavish lifestyle and used to wear expensive clothing, watches and footwear and used to pose as a rich businessman. He used to take care of his gunmen well and used to provide them food and a fat salary. He used to move around in SUVs and had impressed many with his style.

Police said that Omprakash used to stay at luxurious hotels in Bengaluru and Mangaluru and met his database company (G.V. Infotech) clients at those places. He had convinced many other businessmen that his company had a turnover of more than Rs. 500 crore and had borrowed over Rs. 88 crore from them.

Due to mounting loans, Omprakash had sold off his company located opposite Jayamma Govindegowda Choultry to a Dubai-based engineer and had utilised the money to settle some of his dues. He had also sold his Dattagalli Duplex Villa to one Nandish from Mandya, unable to bear the pressure from the money-lenders.

He had also requested Nandish to grant him some time to vacate the house. After opening the house, the Gundlupet Police had found that the family had packed their belongings ready to shift to an undisclosed location. However, Omprakash had decided to kill his loved ones.

Investigating Police have found that Omprakash had a bank balance of just Rs. 48,000 kept at various banks in city. All the          money he had borrowed was used to splurge on his lavish lifestyle.

It has come to light that Omprakash had received many international calls since the last seven months. Police are now scanning both the incoming and outgoing call records.