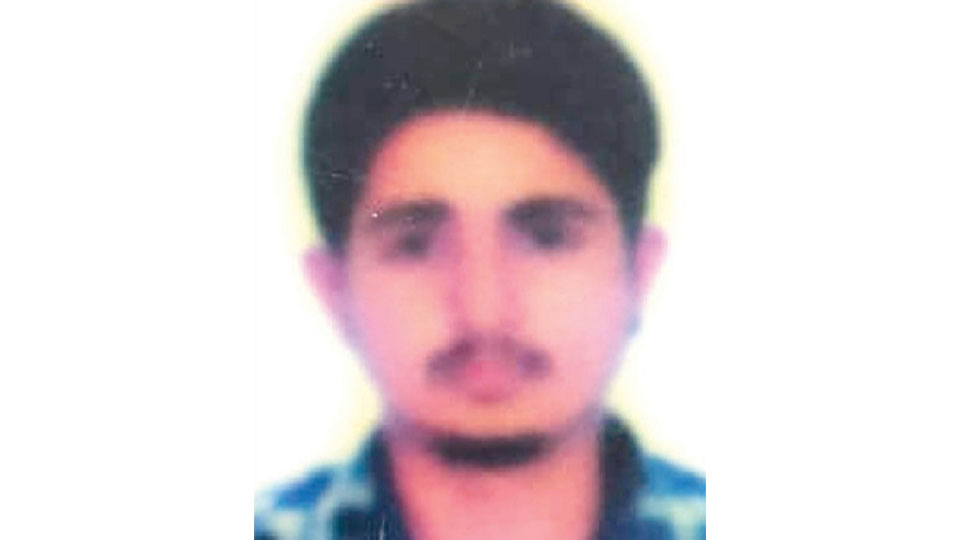 Mysore/Mysuru: A student was killed, while the pillion girl rider sustained injuries, when the bike on which they were riding rammed into the electric pole on the Ring Road near Dattagalli yesterday morning.

While the deceased is Sumukh (21), son of K. Raju of 2nd Main, 2nd Cross at Vivekanandanagar, a final year BBA student at a private college in Vijayanagar 2nd Stage, the pillion rider, who has sustained injuries, is K.A. Akshath Rani, daughter of J. Ashwathappa of BEML Layout in Rajarajeshwarinagar. She is pursuing her BBA course at a private college in Bogadi.

She is undergoing treatment at a private hospital in city. Yesterday morning, Sumukh and Akshath Rani were proceeding on the Bajaj Pulsar RS 200 (KA-09-JA-2534) bike from Kanakadasanagar towards Ramakrishnanagar, when the rider rammed into the iron electric pole near Sa.Ra. Convention Hall at about 9.45 am.

Due to the impact, both the riders were thrown to a distance and were bleeding profusely. The public immediately rushed both the injured to a private hospital nearby where they were provided first-aid.

Meanwhile, Sumukh’s father Raju, who rushed to the hospital, shifted him (Sumukh) to K.R. Hospital, where the doctors declared him brought dead. Akshath Rani, was shifted to Apollo BGS Hospital, where she is said to be recovering, according to Police.

Police said that, according to eyewitnesses, Sumukh, in a bid to overtake a speeding vehicle, lost control of the bike while negotiating a turn and rammed into the iron electric pole installed on the road median. If the riders were wearing helmets, they would have been saved, Police added.

K.R. Traffic Inspector Manjunath, who has registered a case, has seized the bike and Akshath Rani, is said to be out of danger.