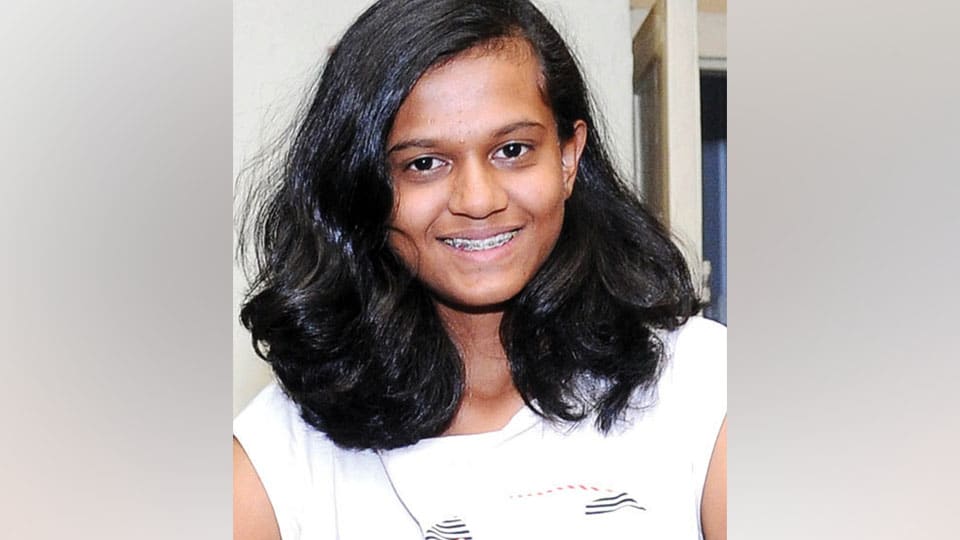 Golf is a sport that attracts more players than any other outdoor sport-one of the reasons is the beautiful surroundings and the pleasure of being on the course to share this experience amongst friends and nature. To be able to perform successfully on such a playing field demands the ability to analyse and adjust to variable elements as well as the risk-reward factor, altogether making the game so rewarding or, so humbling. The game is played and patronised in Mysuru at the Jayachamaraja Wadiyar Golf Course (JWGC) which has played a big part in producing talented golfers in different levels from time to time with their development programmes. One such product out of their junior programme is talented golfer Pranavi S Urs, who has been performing consistently in the National junior circuit.

Pranavi taking part in the Hero Women’s Pro Golf tour 2017’s 7th leg at Eagleton golf course, Bidadi from 5-7th July won her first women’s amateur title. Pranavi came up with three-day aggregate score of 9-over-225 and clinched the Amateur title and finished fifth overall. She is our “Star This Week”.

Pranavi, an eighth standard student at National Public School (NPS), Mysuru, recently represented Indian Ladies Amateur golf time in the Malaysian open and Asia pacific Queen Sirkit Cup at China from 7-13th May 2017 and performed well in both the tournaments. Earlier she earned selection to the Indian team by finishing second in the National Amateur golf team trials held at Delhi in February 2017. Pranavi returned with total aggregate six day score of 451 (76+77+71) at the Delhi golf course and (74+78+75) at the Noida Golf course.

Pranavi S Urs, is the daughter of Sharath Chandra Raj Urs and Kaivalya Urs who are residents at Lakshmipuram in Mysuru.   Pranavi encouraged by her parents took up to playing golf at the age of 8 and took up to the game seriously.  Pranavi presently trains under Vijay Divecha at the Eagleton Golf course, Bidadi.  She is one of the top junior golfers in the country at present and also takes part in the women’s section as an amateur.

Pranavi won the Category ‘B’ title in the Bombay Presidency Golf Club’s All India Ladies & junior girls FALDO series golf tournament from 19-21st October 2016 and won the title in the category ‘B’ section. Pranavi had finished runner-up in the team event representing Indian team  in the True Visions International Junior golf championship at Siam Country Club, Pattaya, from 5-7th April, and also finished fourth in the Individual Category ‘C’ section.  In the Ladies Amateur Golf Championship at Karnataka Golf Association (KGA), Bengaluru last year, Pranavi won the ladies title with a two-day aggregate score of 150 (6 over).

Pranavi intends to train hard for her future tournaments and fare well in the International tournaments representing the country and also in the National level. With excellent support from her parents, her school and JWGC, hope this talented junior golfer achieves her goal in the days to come.