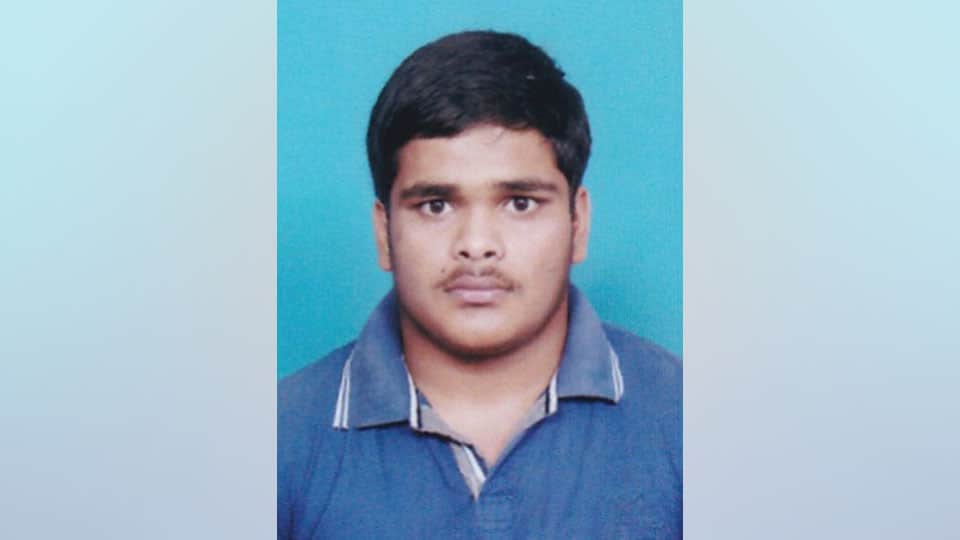 Wrestling is a traditional sport which has been patronised by the Maharaja’s of Mysuru and the city has gone on to produce many a talented wrestlers in the National-level. Mysuru takes the credit of producing well-known wrestlers like Shankar Chakravarthy, Mahesh Pandit, Rudra Mooga, Tiger Balaji, Lokesh and many, who have gone on to win laurels in the National level. On these lines, keeping the tradition alive is upcoming wrestler S. Rakesh from our city who has been consistently performing well and winning medals in the National level. He is our ‘Star this Week.’

Rakesh lost in the semi-finals, but won the re-page bout to clinch bronze, thus becoming the first wrestler in men’s section to win a medal in All India Inter-Varsity Championships representing UoM.

Earlier, Rakesh who took part in the SGFI’s U-18 National Wrestling Championships at Delhi, won silver in U-18 boys, 97kg weight category. He is the only Mysuru boy to win a medal in the National Championships this year.

Rakesh has also won bronze medal by representing Karnataka in the Sub-Junior National Championships held at Chittor, AP, and attended Indian Sub-Junior Camp at Patiala during May 2017.

Encouraged by his parents, his uncle Mahesh Pandit and Venkatesh, Rakesh took up to wrestling in 2013 when he attended the Mysore University Summer Wrestling Coaching Camp. His talent was spotted by L. Manjappa, retd. SAI Wrestling Coach and till date, he is being coached by him at the University wrestling arena at Lion’s Hall, Mysuru.

In 2015, he had represented Karnataka in the School Nationals held at Ujjain. He had won gold in the State School Games held at Jhamkhandi, Bagalkot, in 85kg category. A hard-working wrestler, Rakesh excels in his execution of different holds with quick reflexes.