Home » News » Tanker board says free water supply but water is sold for a price here! 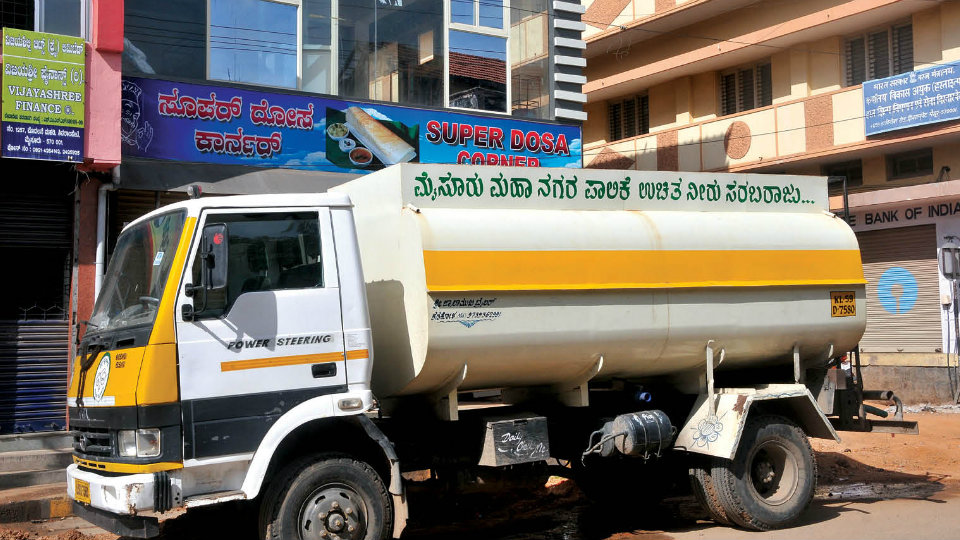 Tanker board says free water supply but water is sold for a price here!

Mysuru: Chief among the civic responsibilities of the Mysuru City Corporation (MCC) is to provide drinking water to the residents. And when there is a water shortage, the MCC supplies free water through tankers. The tankers are hired and sent to residential pockets almost every day to cater to the drinking water needs.

However, misusing this facility are some unscrupulous elements that divert the drinking water to hotels and other establishments, construction sites and industries for a price.

One such incident came to light yesterday and the fraud was spotted by none other than MCC Commissioner G. Jagadeesha where water was illegally supplied to a hotel.

The water supply tender has now been cancelled and the hotel, which was being run illegally, has been sealed. 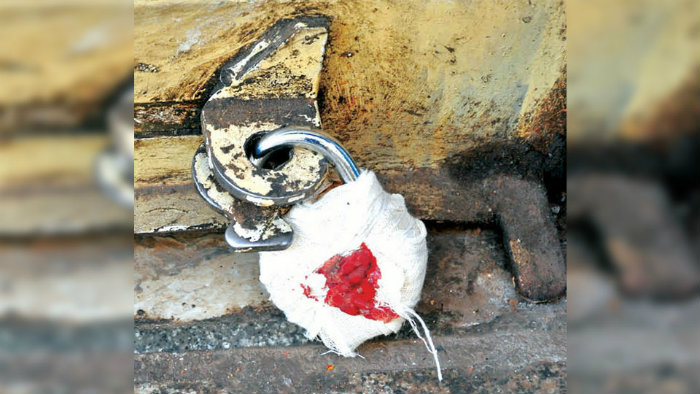 As part of his routine, Jagadeesha was on an inspection yesterday at around 7.45 am when he spotted the tanker filling water to Super Dosa Corner Hotel on Vinoba Road.

He immediately identified that the water tanker (KL-59-7580) was hired by the MCC to provide drinking water to residential areas. The tanker sported a board that read “Free drinking water supply by Mysuru City Corporation” He got down from his car and took the tanker driver and the hotel staff to task.

Jagadeesha questioned them why the water that was meant to residential areas was being filled to the hotel water sump. Taken aback by the sudden visit of the Commissioner, the tanker driver and the hotel staff fumbled for words. The hotel that was being run illegally was immediately seized and the Commissioner ordered the cancellation of the water supply contract.

Speaking to Star of Mysore, Jagadeesha said that the MCC had deputed 22 tankers for free water supply after calling tenders. “The MCC pays Rs. 700 per tanker and the contractors who bagged the tender sold Corporation water to hotels and business establishments for a price and used to make huge profits. These people would take money from the MCC and also from whom the water is supplied to,” he said.

Jagadeesha said that Super Dosa Corner Hotel did not have valid licence and it has been closed now. “It has come to our notice that the water supply contractor also supplied water to a construction site at Ittigegud. We have cancelled the licence and the MCC personnel who were associated with the contractor in supplying water have been relieved and sent to their parent department.