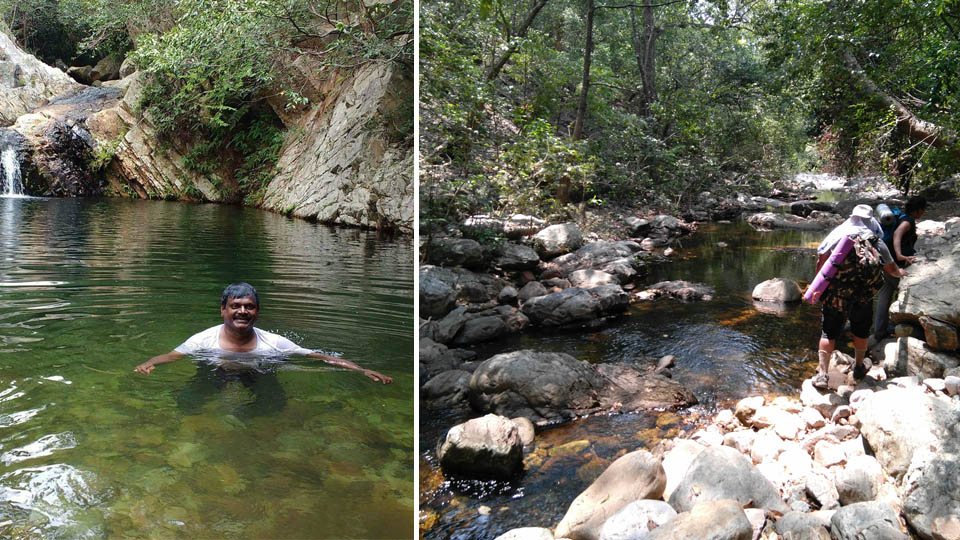 Intense heat, a few awe-inspiring experiences, and rocky (sometimes slippery terrain) a whole load of sweat and finally a splash in cool waters — this can summarise a trekker’s journey to Nagalapuram. It is by no means a casual walk amidst woods, but adventure at every step. Nagalapuram trek is one of the most popular treks in South India. The place, Nagalapuram, also known as Saddhi Koodu Madugu, is located near Arai village in Chittoor district, Andhra Pradesh.

Among many organisations that conduct regular treks to Nagalapuram is the Chennai Trekking Club. Radhakrishna Murthy of the Club was in Mysuru recently to speak on ‘Adventures in Nagalapuram Range of Eastern Ghats’ at Regional Museum of Natural History (RMNH). The event was organised under the joint aegis of People Tree and RMNH. 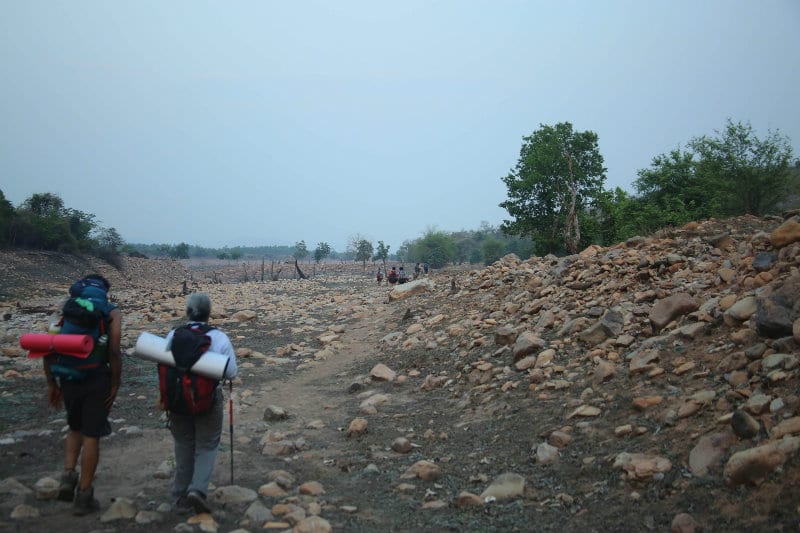 SOM: How did this passion for trekking start in your life?

Radhakrishna Murthy (RKM): My father used to take us to the hills for trekking when I was in 6th Standard. I was fascinated by rocks, mesmerised by the size of the hills and rejuvenated by fresh water streams.That’s what ignited my passion.

SOM: So till now how many treks have you done? Which trek was the most fascinating one? The toughest and the most memorable one?

RKM: I have done more than 75 treks so far. I have trekked in the Himalayas, Sikkim, Goa, Western Ghats and Eastern Ghats. My night trek in Sikkim near China border called Yumthang is memorable because I felt fear for the first time there. My rock climbing in Nainital was the most risky thing that I did. My solo climb without ropes and harness would have resulted in a fall of 20 feet. Fortunately, my instructor saved me in the nick of time. My recent exploratory trek in Nagalapuram was the most toughest that I have done.

RKM: Because Nagalapuram is home turf for Chennai Trekking Club. No matter how many times we trek there, we never seem to be having enough of it. The terrain is one of the most interesting with a variety of trails, waterfalls, deep streams, steep climbs, lofty peaks and thick forests. SOM: How often you plan a trek and any unplanned adventures?

RKM: We plan to go for treks once in two months. We avoid unplanned adventures as that could be risky and might put everyone in danger.

SOM: Tell us about the Chennai Trekking Club. Its birth and your association with it.

I read an article in a national newspaper and sent them a mail. Registration is free. There are about 60,000 members registered in the Club which has now diversified into various activities such as fitness, blood donation, and biking, swimming, planting trees, organic farming, volunteering during disasters, outdoor camping, etc. 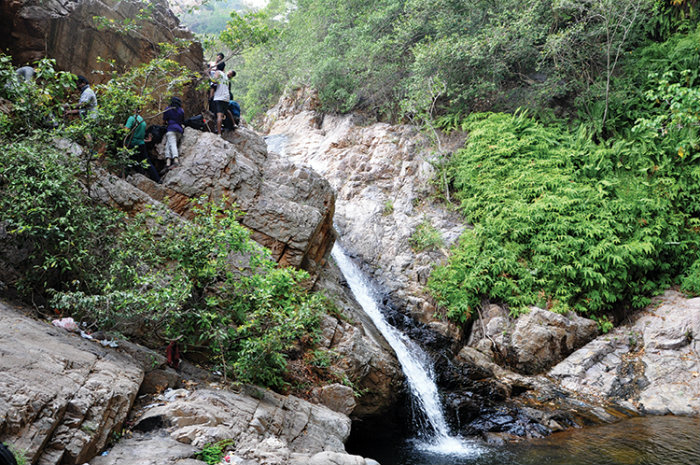 SOM: Chennai Trekking Club was involved in clean-up process following oil spill in the sea during January 2017. Tell us about that.

RKM: On January 28, 2017, two cargo ships collided off the Ennore Coast in Chennai causing oil to spill into the sea. Following that, Club volunteers helped in the clean-up process by collecting the crude into drums using gunny cloth. They also saved many birds by removing the crude stuck onto their bodies. However, I couldn’t be part of it as I was preoccupied. 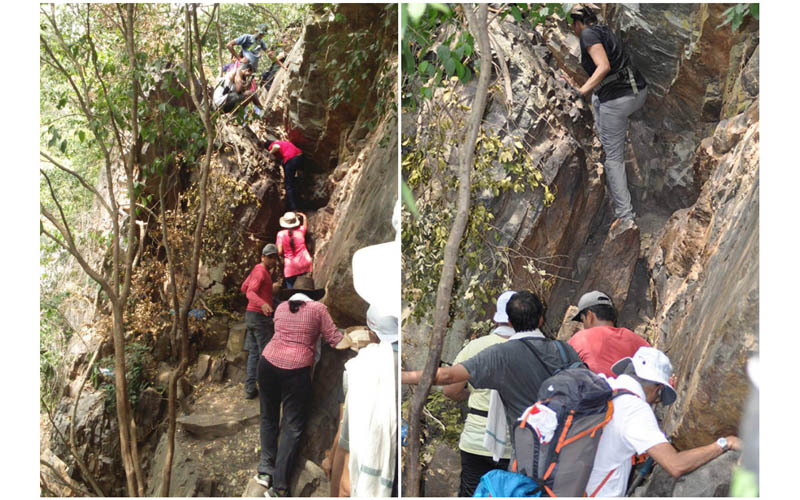 SOM: Trekkers and environmental conservation. How do you relate?

RKM: Trekkers get to see and appreciate nature at the grassroots level. They understand the importance of natural resources and respect nature. They understand that it is important to keep green cover, protect the hills, and respect life no matter how small it may be since everything — living and non-living — is integrated and complement each other to maintain the natural balance that can sustain life. Trekking helps us be less materialistic and teaches us to be more natural in living. It teaches us to respect and appreciate nature. It helps us understand that it is crucial for us to conserve natural resources.

SOM: Your tips for someone who would want to start a trek.

RKM: Nature lovers, who are fit and love walking and love mountains, will make excellent trekkers. SOM: So how do you keep yourself fit at this age?

RKM: My frequent trekking is the only fitness regime I get. My passion is what helps keep going.

“In an obscure place with no human inhabitation at all or any sort of temple structure, this engraving is done on the rock. Does it indicate a secret spot associated with a local legend? Or is it a marker for something hidden there? Could be anything.” 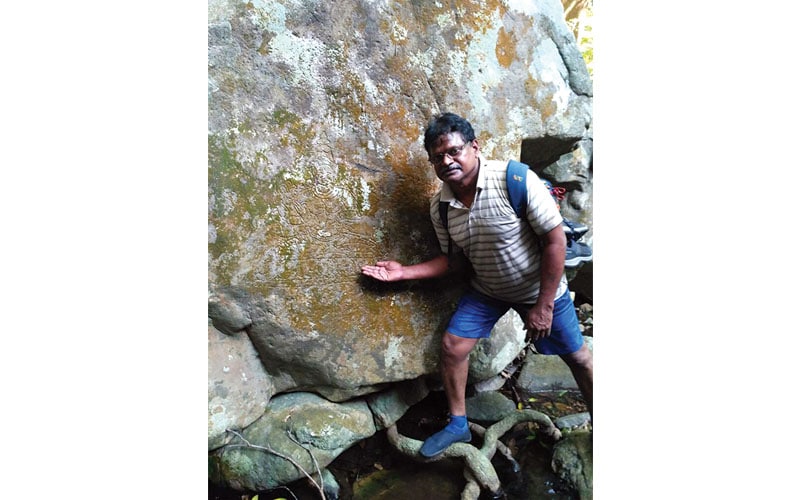 Radhakrishna Murthy spotted this engraving in the north eastern entry of Nagalapuram about four kilometres into the jungle.