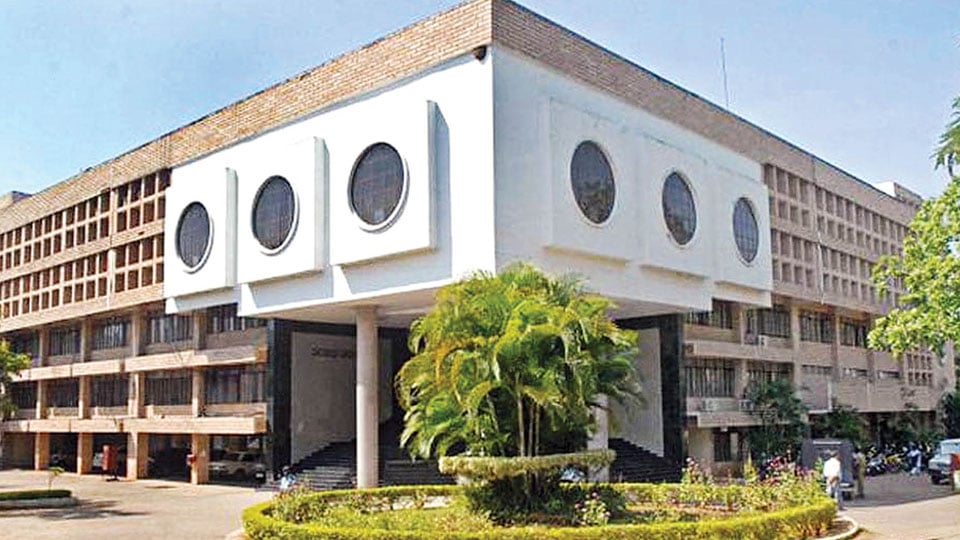 Mysuru: The Centre of Excellence for Studies in Classical Telugu has been shifted from city-based Central Institute of Indian Languages (CIIL) to NCERT (National Council of Educational Research and Training) campus, Nellore in Andhra Pradesh. The CIIL is located in the premises of Manasagangothri on Hunsur Road

“The Centre of Excellence for Studies in Classical Telugu has been shifted to Andhra Pradesh in view of it being a Telugu-speaking State. Allocation of Budget has also been made,” Human Resources Development Minister Ramesh Pokhriyal Nishank told the Lok Sabha yesterday while replying to a question raised by Vijayawada MP Srinivas Kesineni.

The Centre of Excellence had been set up in Mysuru, after bifurcation of Andhra Pradesh in 2014. The proposal to shift the Classical Telugu Centre has been pending since 2011. The HRD Minister told the Lok Sabha that the Union Government was committed to support and strengthen Telugu language.

On the steps taken by his Ministry to promote studies in Telugu language, the Union Minister said the University Grants Commission (UGC) has approved a Centre for Classical Languages in Telugu in the University of Hyderabad and allocated Rs. 1.5 crore to it.

Confirming this to Star of Mysore this morning, CIIL Director Prof. D.G. Rao said that the Centre of Excellence for Studies in Classical Telugu has already been shifted to Nellore on Nov. 13. “It was pending for some time due to bifurcation of Andhra Pradesh and now, the Andhra Pradesh Government has granted five acres of land and infrastructure for the Telugu Centre,” he said.

It may be recalled here that in July this year, Vice-President M. Venkaiah Naidu, during his visit to Mysuru to inaugurate the five-day Golden Jubilee celebrations of CIIL, had recommended the shifting the Centre of Excellence for Studies in Classical Telugu from CIIL Mysuru to Andhra Pradesh or one of the Telugu-speaking States.

Following the suggestion, the Union Human Resource Development Ministry had informed the Vice-President that it was willing to act on his recommendation.

“Temporary infrastructure has been provided at Tirur and the Kerala Government has sanctioned Rs. 2.75 crore for the Centre,” Prof. Rao said. Likewise, the Centre of Excellence for Studies in Classical Oriya will be shifted to Odisha,” he added.

Speaking about the status of other language centres in India, Prof. Rao said that the Kannada Classical Language Centre was the second centre which was established at CIIL after the Tamil Centre (now shifted to TN).

Established in 1969, the CIIL, as a national institution of advanced research, is an abode of advanced learning with a particular focus, and at the same time, a confluence of many ideas, beliefs and theories. It is a versatile organ of the Department of Secondary and Higher Education of the Ministry of Human Resource Development, Government of India.

The CIIL assimilates and distributes the fruits of its research to all peer institutions, provides ready manpower to such efforts in research and development in the Universities and institutions and house all varieties of thoughts, theories and practices in language sciences.

The Centre also coordinates with individuals, institutions in the States/ Union Territories in India and abroad and provides linkages to studies in other classical languages of the world.

Among others, the Centre promotes, propagates and preserves the classical language inside and outside of its speech territories, undertakes and encourages research and documentation in India and abroad, makes documentaries on scholars of eminence who are well-versed in classical texts and explores linkages of classical language with classical music and dance forms. It also translates classical texts into other Indian languages, English and selected European languages.