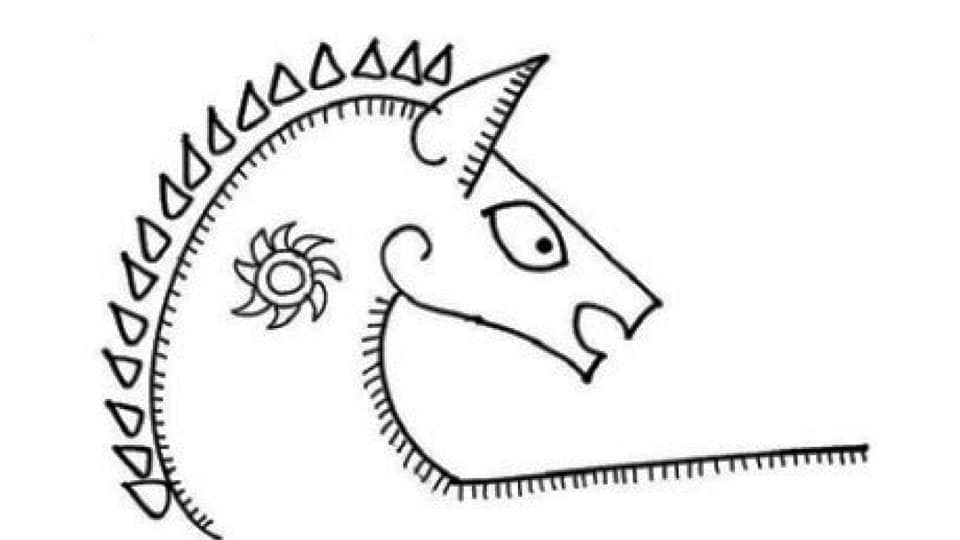 The march of Yudhishthira’s horse

In popular re-tellings, the Mahabharata ends tragically with vast bloodshed on the battlefield of Kurukshetra, where the Kauravas are defeated by the Pandavas. Following this episode, there is the Ashwamedha Parva. It describes how Yudhishthira becomes king and lets loose his royal horse across the land, followed by armies led by Arjun, who establishes Pandava rule in all the lands of Bharatvarsha or India. This is not just a conquest by a victorious king, but also an attempt to reconcile with former enemies.

In medieval times, when the Sanskrit epic was being translated into regional languages, kings, especially from Karnataka, Assam, Manipur and Bengal, preferred stories from the Ashwamedha Parva. Vyasa’s student, Jaimini, we are told, wrote the earliest re-telling of this Parva in Sanskrit, but his version is rather different from Vyasa’s re-telling.

The story goes that Jaimini went looking for Vyasa to gain some clarifications about the war in Mahabharata and at not being able to locate his teacher, talked to four birds. These birds had allegedly witnessed parts of the war that Vyasa had not. Therefore, Jaimini’s Ashwamedha Parva is very different from the chapter described in Vyasa’s Mahabharata. Some episodes are common, some are uncommon.

Broadly, the episodes in this Parva, in all its versions, include finding the royal white horse for the sacrifice, how this horse is stolen by a king who really wants access to Krishna, so that he can fulfil his desire as a devotee. The other story is that of the Amazon queen Pramila, who falls in love with Arjun. She lives in the land of women, but having fallen in love with Arjun decides to become his wife. This story is not found in the Sanskrit Mahabharata.

A popular episode found in the Sanskrit Mahabharata, also found in the Assamese and Manipuri versions, is the episode in which Arjun fights Babruvahana, without realising that Babruvahana is his own son by Chitrangada, the queen of Manipur. In the 13th century Assamese version by Hari Hara Bipra, it is Arjun’s other wife, Ulupi, who secures this jewel. There are other versions in which Babruvahana goes to Naga-lok and, after great battles and adventures, finds the Naga-mani to revive his father. In the 18th century Manipuri re-telling by Langjam Chandrashyam, Arjun is killed by Babruvahana, but is later revived by Krishna.

In Lakshmisha’s 16th century Kannada re-telling, Jaimini Bharata, we are told that the journey along the road introduces the Pandavas to former enemies such as the sons of Shakuni and Jayadratha, who become friends and allies. There are also journeys through various magical realms, worlds of wise sages and different kinds of beings. And when, ultimately, the horse is sacrificed, he laughs happily because it is but a means to return to Vaikuntha. Thus, the Ashwamedha is not about killing a horse or a conquering king, it is about achieving the love of Krishna and attaining peace around the world.