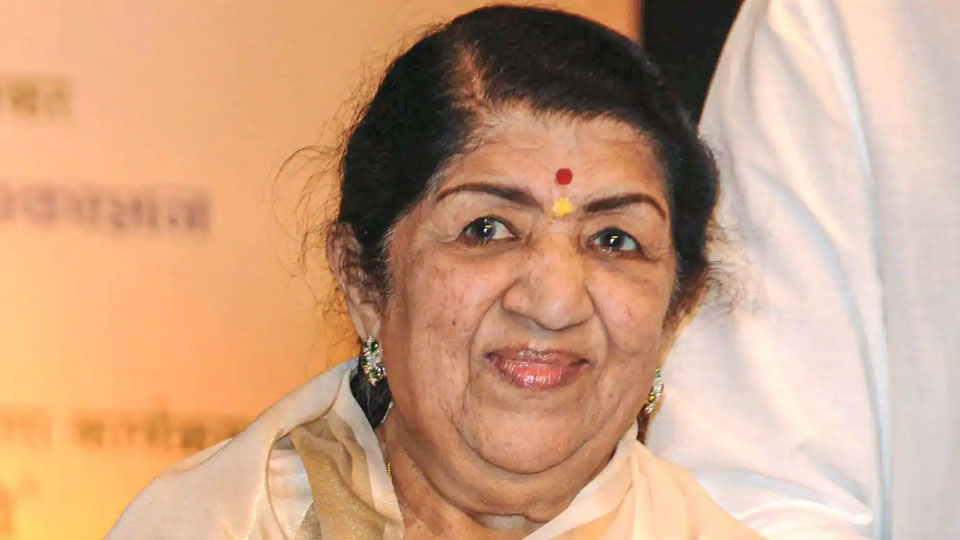 The musical phenomenon we lost

Lata Mangeshkar was, after all, just a playback singer — one who played in the background while actors took the limelight.  Yet, when she passed away, India paused.  Linguistic and regional sentiments disappeared as all of India felt the loss of a national asset.  The Government ordered a two-day national mourning and the final salute at Shivaji Park in Bombay saw dignitaries from all over the country in attendance, with Police and military personnel controlling the crowds.  It was obvious that Lata had evolved into an all-India emblem.

Popular demand rose for a permanent Lata memorial at Shivaji Park, traditionally a beehive of sporting facilities.  The 28-acre expanse of the maidan had become a cradle of cricketers who evolved into international celebrities.  Since the Park is already identified with sports, the idea of a Lata memorial there did not appeal to sports enthusiasts.  A PIL was filed in the Bombay High Court seeking directions not to use the Park for funerals and other such activities. The plea said: “Once an area is declared a playground, it cannot be used for any other purpose.”

Those who supported that campaign had valid reasons to back them.  But the dispute over location did not spoil the logic of a Lata memorial.  It can of course be argued that nothing can be a better memorial for the singer than a song like Aayega aanewala (‘Mahal’ 1949). An additional three-dimensional memorial may someday come up somewhere, for Lata will remain a strong presence in the imagination of Indians for many years to come.

Among the many characteristics that make Lata Mangeshkar special, one that stood out was her down-to-earth practicality.  She was aware of how singers were exploited in the film industry.  When she realised that her songs were “owned” by publishing companies, she began questioning the propriety of it all.  “What do I get from this?” she asked. It was that question that led to singers receiving royalty in Indian films.  It must have made a big difference to her considering her output.  She once said: “I recorded two songs in the morning, two in the afternoon, two in the evening, and two at night.”

The times were tough, but life had its compensations.  One of them was that artistes found inspiration in one another.  This was clear in an “extremely rare” photograph Facebook featured not long ago.  It was a group photo with some 20 famous personalities posing together.  Among them were Amirbai Karnataki, Geeta Dutt, Zohra Jan, Meena Kapoor, Sailesh Mukherjee, Talat Mahmood, Mohammed Rafi, G. M. Durrani, Kishore Kumar, Shamshad Begum, Hemant Kumar, Mukesh along with Lata.  Truly, a nest of singing birds.

Lata’s primacy in her field was accepted by fellow artistes with a naturalness that testified to the quality of her art.  Things like jealousy and back-biting never seemed to collect around her.  Perhaps this was a characteristic of her generation.  Stars like Dilip Kumar, Raj Kapoor and Nargis enjoyed a level of admiration from the masses that was a mark of their era.  It was qualitatively different from the acceptance level enjoyed by Amitabh Bachchan, Shah Rukh Khan and Aishwarya Rai.  Raj Kapoor was a selfish person and had no qualms about using others for his individual gain.  But that did not in any way cut into the mass adulation he attracted.

Lata belonged to the Raj Kapoor era when heroes looked like heroes and were treated as such by the masses.  She also had a distinct personality profile of her own, holding her up as more than just a playback singer.  As one profile noted: “Lata liked photography, enjoyed Formula One races, took interest in Ferraris and watched foreign films.  She had a fantastic collection of professional cameras.  Cricket was another passion.  Yash Chopra gave her an E-Class Mercedes Benz for what she did in Veer Zaara, a 2004 musical about an Indian pilot and Pakistani girl.  The song Tere Liye was one of its hits.”

Lata’s high-pitched soprano voice became “a hallmark of Hind film music.”  You didn’t have to know Hindi to enjoy the beauty of her song and the warmth of the romantic sentiments the lyrics often conveyed.  Will there ever be another Lata Mangeshkar?  Many more than the 140 crore Indians will hope so, but know better.