Home » Elections 2018 » These candidates couldn’t vote for themselves this election! 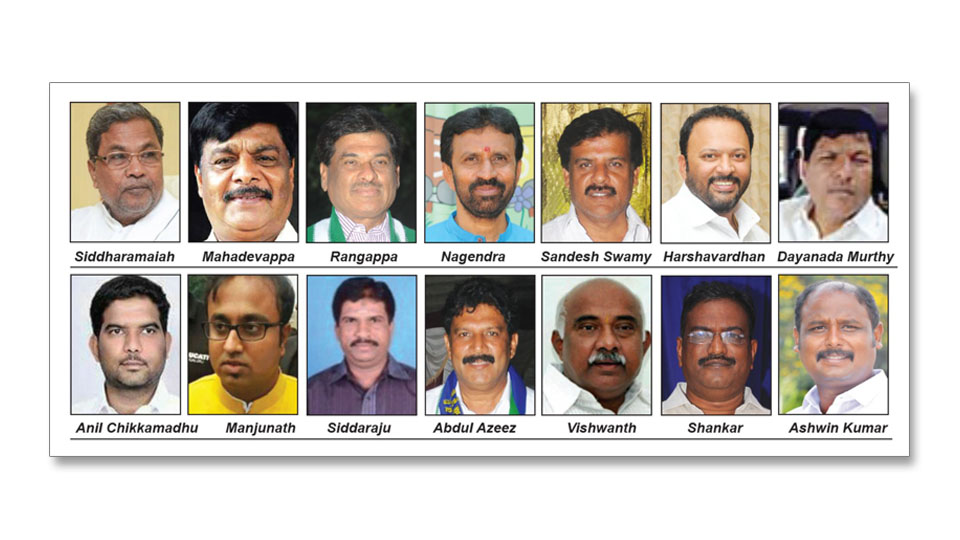 These candidates couldn’t vote for themselves this election!

Mysuru: During the 1990 Maharashtra State Assembly elections, Congress candidate Anees Ahmed lost to Janata Dal candidate Yashwant Bajirao by just six votes from the then Nagpur Central constituency. Political experts then said Ahmed was unfortunate as he and his family members could not vote for him because they stayed in Chhaoni that was part of Nagpur West constituency.

The above example is just to illustrate that every vote matters for a candidate and that too, when the victory margin is wafer-thin.

In Mysuru this time, in all its 11 constituencies, many candidates and their families cannot vote for their own family candidate in the constituency from where he is contesting as they don’t live in the same constituency.

Over 14 candidates from all the main political parties and some independents in Mysuru are facing this predicament.

Chief Minister Siddharamaiah for instance cannot vote in Chamundeshwari where he is fighting a titanic clash with JD(S) incumbent MLA G.T. Devegowda as he (CM) has his name in the voter list of Siddaramanahundi in Varuna. But the saving grace for him is that he can vote for his son Dr. Yathindra in Varuna.

CM’s close aide Dr. H.C. Mahadevappa too has his name in the voters list of Hadinaru village in Varuna while he is contesting in T.Narasipur constituency.

In Nanjangud, BJP candidate Harshavardhan, the son-in-law of former Minister and Dalit leader V. Sreenivasa Prasad, cannot vote at the place where he is contesting as his name is in the voters list of Bengaluru. Even the JD(S) Nanjangud candidate H.S. Dayananda Murthy belongs to Varuna and he  has to vote there.

In Hunsur, JD(S) candidate A.H. Vishwanath belongs to Adagooru in K.R. Nagar and he has no chance of voting for himself in Hunsur.

Similarly, Siddaraju, BJP candidate from H.D. Kote, has his name in Krishnaraja constituency and he cannot vote in the constituency where he is  contesting.

Even Anil Chikkamadu, who is contesting on a Congress ticket in H.D. Kote, cannot vote in H.D. Kote as his name is in Hosaramehalli in Hunsur Assembly segment.

Narasimharaja BJP candidate Sandesh Swamy has his name in Krishnaraja constituency and he invariably cannot vote for himself.

JD(S) Narasimharaja candidate Abdul Azeez hails from Mangaluru and he has to vote in the coastal town instead of voting in Narasimharaja where he is trying his luck.

In K.R. Nagar, for a change, all the three candidates (BJP- Shwetha Gopal, Congress – D. Ravishankar and JD(S) – S.R. Mahesh) can vote for themselves as all of them hail from the same constituency.