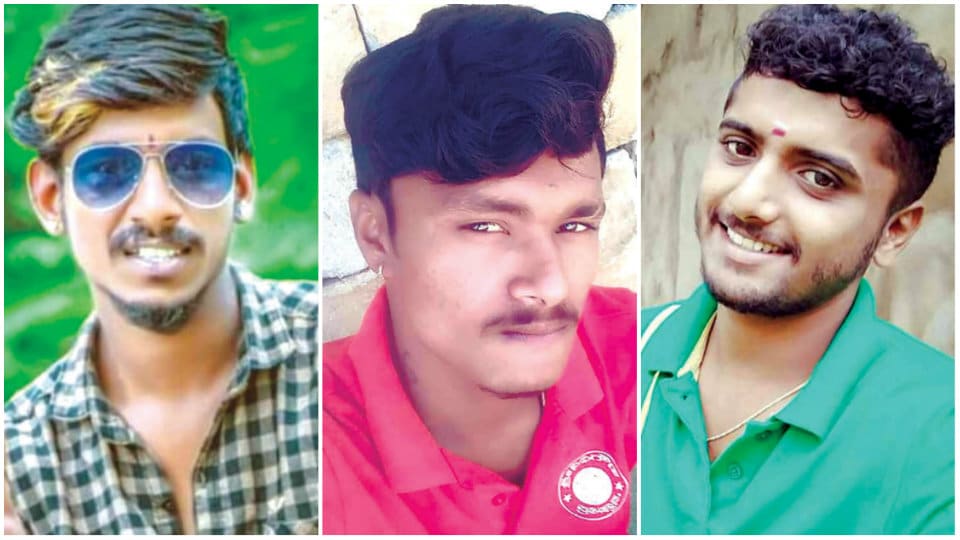 Mandya: Three youths were killed on the spot when a lorry rammed into the autorickshaw in which they were travelling near Dundanahalli village in Maddur taluk last night.

The deceased youths are said to be auto drivers. The trio was travelling in the autorickshaw on Tumakuru-Maddur Highway when it was hit by the lorry from behind, killing them on the spot.

Soon after the accident, those in the lorry dumped the sand which was being transported illegally into an agricultural field nearby to avoid being caught.

The bodies of the youths were shifted to Maddur General Hospital, where post-mortem was conducted this morning and the bodies were handed over to the family members.

Meanwhile, Superintendent of Police (SP) Parashuram visited the spot this morning only to be confronted by the villagers.

The villagers alleged that illegal sand mining is rampant in Simsha River and many trucks transporting the sand move on this road at neck-breaking speed to avoid being caught. Innocent lives were snuffed out due to the illegal trade,  they added.