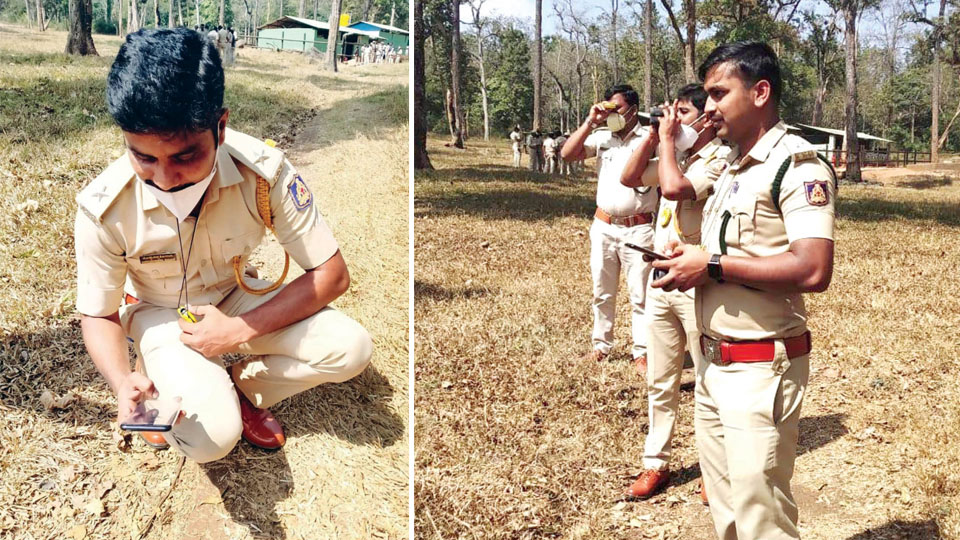 Tiger census at Nagarahole from Jan. 23

The National Tiger Census is held once in four years and the previous census was in 2018.

Addressing a press meet at the Forest Office in Hunsur yesterday, the DCF said that the tiger census for 2021-22 will be held in two phases from Jan. 23 to Feb. 3, with Jan. 26 being a holiday. A mock census for the staff to prepare them for the same was held today and will continue tomorrow also.

During this year’s Tiger Census, along with the census of herbivorous animals and plant species, information and details of vultures, which was the theme bird during the 2019-20 Wildlife Week, would be collected.

Pointing out that for the first time, the findings during the census will not be written down using pen and paper but would be directly documented using M-Stripes Ecological App, the DCF said that this time too the census will be conducted without any volunteers. About 200 forest staff will conduct the census in Hunsur, Veeranahosahalli, Anechowkur, Metikuppe, Nagarahole, Kallahalla, Antharsanthe and D.B. Kuppe ranges.

Stating that the 5th National Tiger Census will be conducted as per the directions from the National Tiger Conservation Authority (NTCA), DCF Mahesh Kumar said that master trainers imparted training to the forest staff on documenting the census procedures through App at the programme held at Dammanakatte, Nagarahole and Mattigodu recently.

The movements, droppings, pug marks of carnivore animals like Tigers, Leopards and others will be recorded. Similarly, footprints, droppings of herbivores like Elephants, Gaur, Rabbits, Wild Boar and other animals will be studied using the guidelines and identifying them through Transact Line survey, he added.