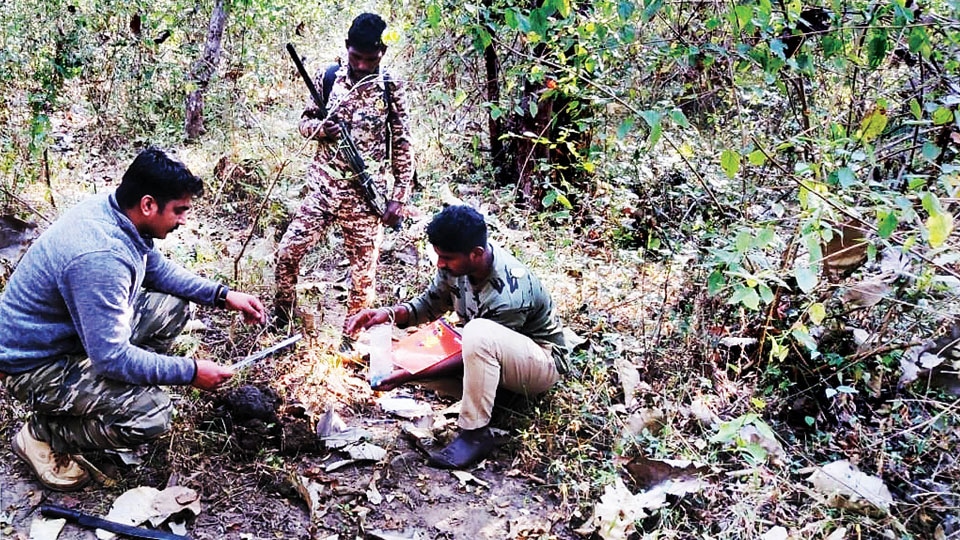 Tiger estimation to take off at Nagarahole tomorrow; BRT on Jan. 27

Bandipur: The National Tiger Estimation (Census) for the year 2021-22 began this morning in Bandipur, while it will take off at Nagarahole Tiger Reserve from tomorrow and at Biligiri Ranganathaswamy Temple (BRT) Tiger Reserve from Jan. 27.

The Tiger Estimation, which commenced today at Bandipur, will be held in three phases and will conclude on Feb. 8. It will be held in all 112 beats which have been divided into three blocks according to which tiger estimation in Block-1 will be held from Jan. 22 to 27; Block-2 from Jan. 28 to Feb. 2 and Block-3 from Feb. 3 to 8. Apart from tiger counting, this exercise will also collect data on herbivores including elephants, gaurs etc.

This year, the findings during the tiger counting process will be uploaded directly to M-STrIPES app. w app, short for Monitoring System for Tigers – Intensive Protection and Ecological Status is a software-based monitoring system launched in tiger reserves across the country with an objective to strengthen patrolling and surveillance of tigers.

Forest Guards in all Tiger Reserves are equipped with personal digital assistants and GPS devices to capture data relating to tiger sightings, deaths, wildlife crime and ecological observations while patrolling. The software system maps the patrol routes of Forest Guards and the resulting data are then analysed in a geographic information system. This is intended to enhance the effectiveness and spatial coverage of patrols.

Training was imparted by experts from Wildlife Institute of India to the Forest staff and the tiger estimation exercise is being held as per the guidelines stipulated by the National Tiger Conservation Authority (NTCA). Over 300 staff, officials and experts are taking part in the exercise at Bandipur. No volunteers are allowed to take part in the counting exercise this year due to COVID-19 pandemic.

In view of the Tiger Estimation exercise, the 6 am safari at Nagarahole is cancelled from Jan. 23 to 25 and from Jan. 27 to Feb. 1.