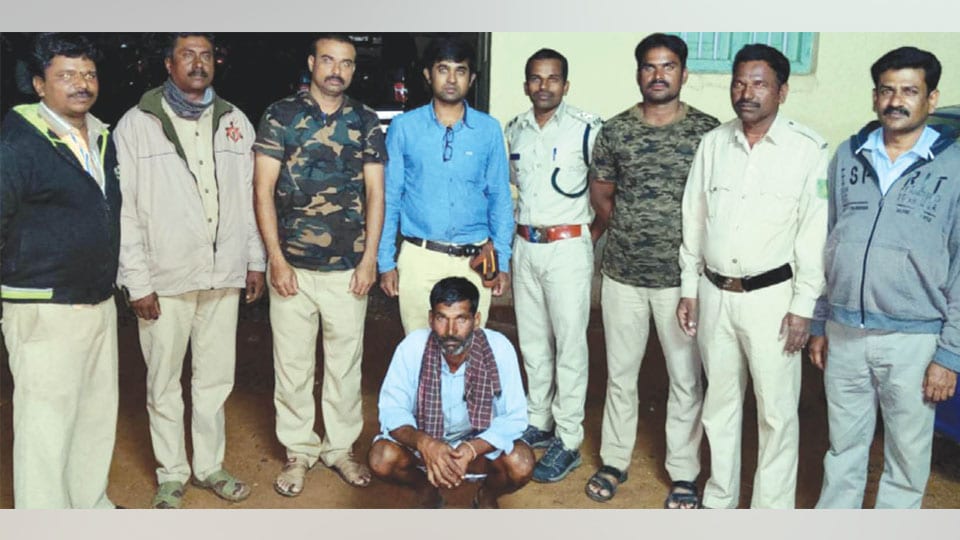 Mysuru: The Forest Department has arrested one among the six persons accused of allegedly poisoning a tiger and leopard at Parvathi Betta in Bandipur Tiger Reserve on May 28. The Forest Department personnel had found the carcasses of the two wild cats which had died in a suspicious manner and had registered a case.

The Forest Department personnel, on May 28, had found the carcasses of the tiger and the leopard in a decomposed state and had also found a carcass of a calf nearby. Suspecting that miscreants may have poisoned the carcass of the calf which later was devoured by the two wild cats resulting in their death, the Forest Department, which had registered a case, took up the investigation.

Following the post-mortem reports which stated that the tiger and the leopard had died after consuming meat mixed with poison, Bandipur Project Tiger Director T. Balachandra had instructed RFO S.D. Rajesh, DRFO Madhuraj to take up the investigation.

Following the instruction, RFO S.D. Rajesh, DRFO Madhuraj and staff of Omkar Range with the help of Gundlupet Police, conducted investigation during which they came to know that Manju, Shekar, Madesh, Shankarappa, Veerabhadrappa and Madesh, all residents of Terakanambi, had mixed poison to the carcass of a calf which was killed by the tiger.

Yesterday morning, the Forest staff and the Police arrested Veerabhadrappa and have launched a hunt to nab the other five accused who are absconding.

During interrogation, the accused is said to have confessed of poisoning the carcass to stop wild animals preying on cattle.