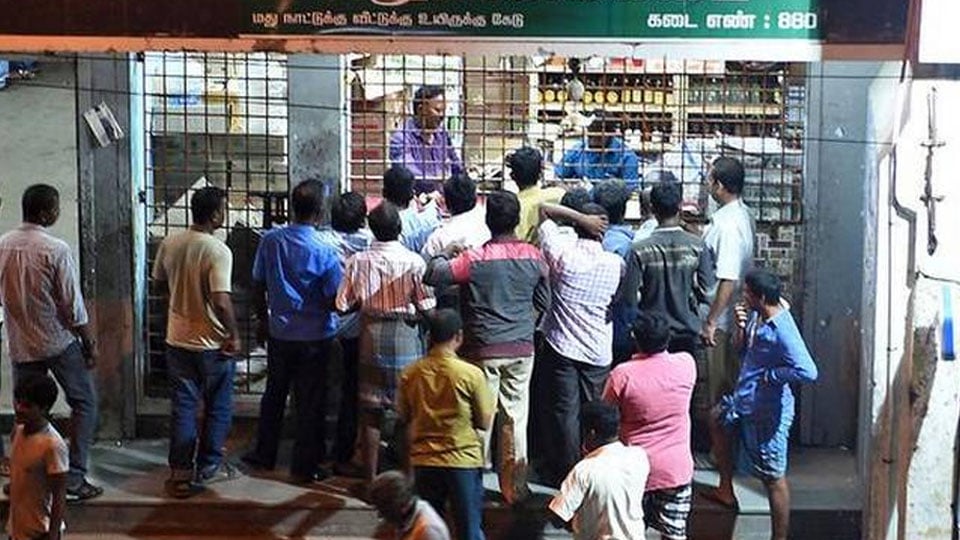 Thiruvananthapuram: Fed up with “constant harassment” from Police, tipplers in Kerala which has the highest number of guzzlers in the country have formed an association to protect their rights.

Hari, one of the promoters of the association — All Kerala Madhyapana Anukoola Sangatana (All Kerala Supporters of Alcohol Consumption), said it is high time such an organisation was formed in the State.

Two of the promoters stood in front of the Secretariat recently, holding placards demanding that the rights of those taking a drink or two needs to be protected, especially from Police, who they claimed were constantly behind their back, harassing them. They also wanted reduction in the                   price of Indian-made Foreign Liquor (IMFL).

The association will soon be registered, Hari said. Action should be taken against Police officials who “harass” those from the weaker sections of society, while letting off those affluent, he said.

“Either the Government must ban alcohol or treat those who consume liquor as humans. Most Policemen nab poor labourers, who consume a peg or two after a hard day’s work, and treat them as terrorists,” he said, adding, they were fed up with the “constant harassment.”

Hari alleged Police look the other way at vehicles coming out from luxury hotels. “The Government has been charging high price for liquor while the original price is too low. We pay that much money, but the Police treat us as second class citizens,” he said.

When contacted, a Police official said the association is yet to be registered.

“Let them get it official first. It is funny how many and what all types of associations are coming up these days. However, the allegation that Police was being harsh on tipplers, is not right,” he said.

He added Police personnel ask those in an inebriated condition to go home instead of falling down somewhere on the road.

Kerala tops the country in liquor consumption despite charging in the highest tax slab in the country. Only the State Government agency is authorised to sell alcohol, beer and wine.

Despite around 200 percent tax on liquor, Kerala tops the country in its consumption and people can be seen waiting patiently in long queues in  front of the outlets.