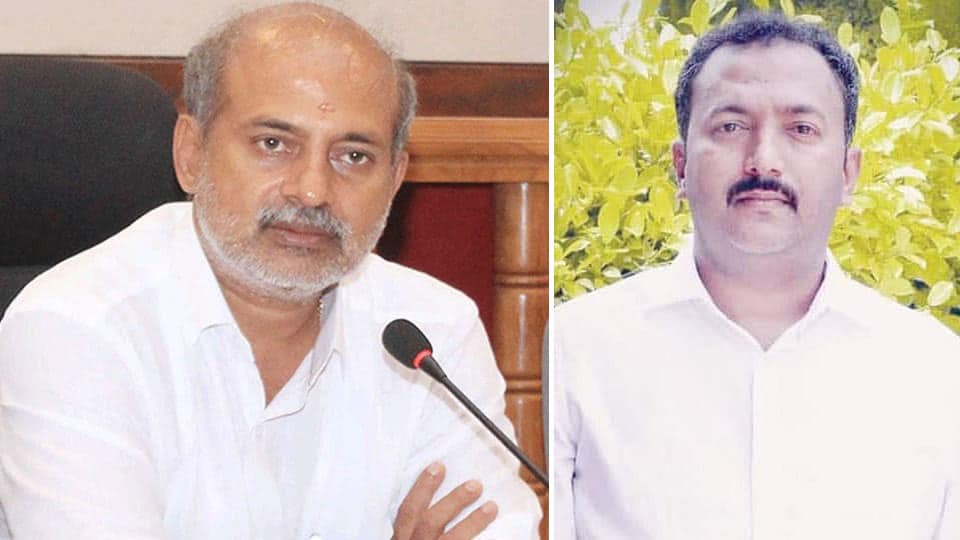 Mysuru: Dismissing the allegations of Amith Devarahatti, son of senior leader A.H. Vishwanath, who has resigned as MLA, that there was a big money deal in his (Vijay) appointment as MUDA Chairman as baseless, MUDA Chairman H.N. Vijay has maintained that he was appointed for the post in consideration of his services to the JD(S) party which he belongs to.

Outrightly rejecting the claims of Amith Devarahatti that he had paid huge sum of money to Tourism Minister S.R. Mahesh for becoming MUDA Chairman, Vijay said that he was appointed by JD(S) Supremo H.D. Deve Gowda, CM H.D. Kumaraswamy and PWD Minister H.D. Revanna, who all know about his services to the party.

Claiming that he was appointed as the Chairman to empower the micro Uppara community, which he belongs to, he said that he and Minister S.R. Mahesh belonged to the same village and are known to each  other for years.