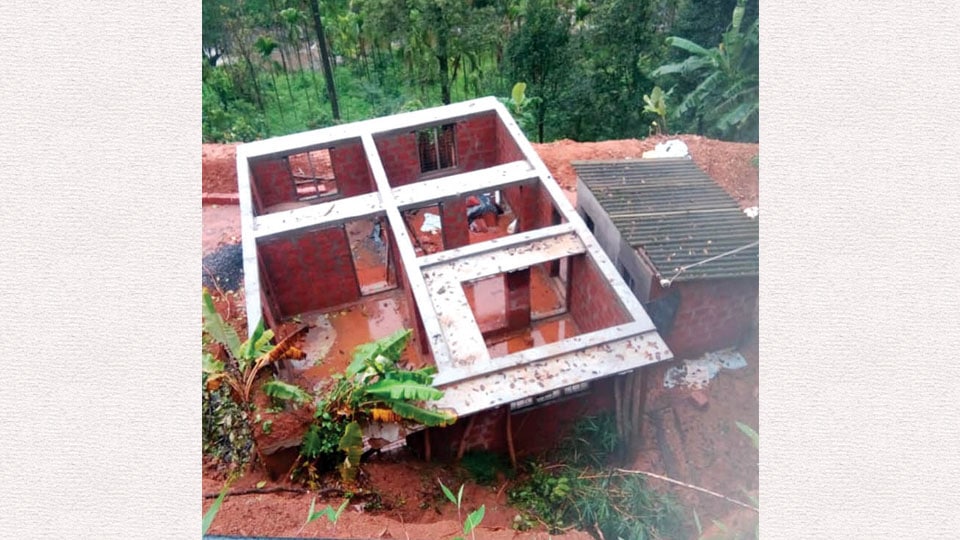 Madikeri: At last, the farmers of Cauvery Catchment Area can breathe a sigh of relief as Kodagu began to receive rainfall as predicted by the India Meteorological Department (IMD) till July 22 (tomorrow).

With IMD predicting heavy rainfall, the District Administration has issued a ‘Red Alert’ in Kodagu.

Meanwhile, there were reports of landslides at Jodupaala on National Highway(NH) – 275 (Madikeri-Mangaluru Highway) yesterday afternoon.

The landslide was so intense that it swept away an under-construction house as a result of which the authorities have instructed people not to take up any construction works.

The landslide on NH-275 also affected vehicle movement for sometime. However, the traffic movement resumed after the Rescue and Rehabilitation Team and Police cleared the road. Heavy rainfall damaged three parked vehicles on Thithimathi-Mysuru State Highway yesterday evening after a tree fell on them disrupting traffic for about three hours. Landslide was also reported at the old private bus stand in Madikeri this morning. However, no damage was reported. It is also expected that 1,000 cusecs of water from Harangi Dam would be released to KRS later in the day. However, there is no official confirmation in this regard.