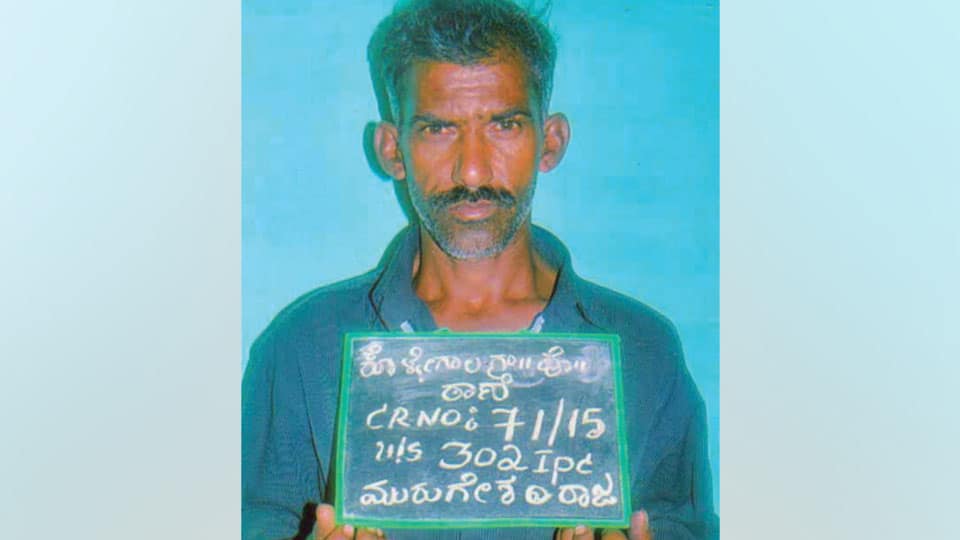 Chamarajanagar: The High Court has upheld the death penalty (To be hanged till death) of a killer pronounced by the Chamarajanagar District Court for killing five labourers in Chamarajanagar.

The accused has been identified as 47-year-old Murugesan alias Muruga of Periyar village in Mettur taluk, Salem district in Tamil Nadu. He had brutally murdered five persons including two women and a girl, all from Tamil Nadu near Harale village in Chamarajanagar district, some 100 kms away from TN border on May 12, 2015.

The victims were identified as Rajendran (37), a mason from Andiyuru of Erode district, Rajamma (36), Rajamma’s 8-year-old daughter Roja, Kashi alias Shivakumar (38) of Makampalya, and Shivamma (37) of Kadalur. They were killed with a sickle that is used to cut sugarcane and some other heavy objects. The victims were attacked on their heads and were found dead when landlord Shivanna arrived at the spot on that day.

Following the incident, a special team was formed under Chamarajanagar Rural Police Inspector H.M. Mahadevappa and Murugesan was arrested on May 13, the very next day of the crime.

But Murugesan had moved the High Court against the death sentence. The High Court, which heard the arguments, upheld the judgment pronounced by Chamarajanagar District Court besides rejecting the appeal  of Murugesan.