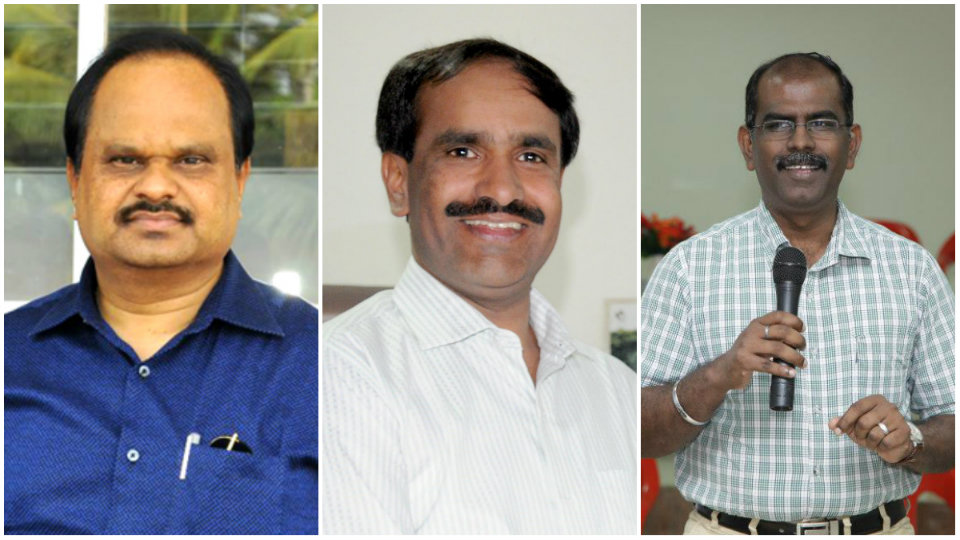 Having seen and experienced the Indian Democracy since 1947 when I was seven-years-old in an Ashram at Kengeri, near Bengaluru, I have come to the firm view that after Indira Gandhi came to power by splitting Congress party there was more politics of power and less administration of progress.

The quality of politicians who were getting elected began to deteriorate but, fortunately, the quality of the IAS, IPS, IRS, etc., the All India Service Officers remained as it was. Gradually, this too got degenerated because of the fealty of these officials. Even so there remains some who may not be 24-carat worth, but surely of 18-carat value who serve the government in a just and efficient manner despite the interference of the politicians. Here I am going to give just three examples that I know.

One, Dakshina Kannada Zilla Panchayat CEO Dr. M.R. Ravi’s initiative in helping the girls manage menstruation, which often is a shock to them. Apparently, he was wondering why there was a large number of school drop-outs among girls and found out one of the reasons was menstruation when they reach 6th or 7th standard. His initiative will make menstrual hygiene a part of curriculum in class 6 and 7.

Dr. Ravi, is an IAS Officer, with many original and innovative ideas to improve the administration and help the various sections of the society that come under his jurisdiction. This programme will be launched, hopefully, from July this year. And hopefully the conservatives and puritans among our politicians must have given the green signal.

Step 1: You give the application at the designated place to the MUDA employee. This is step one. Naturally, you ask questions — when will I get it, should I see anyone, do you need any more documents with this application etc. And the MUDA man gets angry, simply nods his head indifferently or depending upon the personality of the applicant may answer in a casual way.

Step 2: It goes to the case worker.

Step 3: It goes to the Manager.

Step 4: It goes to the Office Superintendent. (In Kannada ‘Vishaya Nirvahaka’).

Step 5: It goes to the Secretary.

Step 6: After many days or months, as the Secretary is always busy being a higher official, it goes to the Engineering Section.

Step 7: This will remain here at the Engineering Section for long, some times for months, as the engineer has to give a CD report, a physical report about the site with the boundary of the site (Chakbandi) and a map or sketch.

Step 8: It then goes to the AEE (Valaya Engineer).

Step 9: It then goes to EE (Executive Engineer).

Step 10: It then goes to Superintending Engineer.

Step 12: It then goes to the MUDA Commissioner for signature.

Step 14: It goes to the Tapal or you pick it up in one of your innumerable visits to enquire from the Tapal man, if he has not already posted. In many cases he may wait for you. Did you get me Steve?

Now, you apply for the Title Deed enclosing this precious document, called Possession Certificate, generated from MUDA itself. Again the circus of the circumambulation begins for you to keep visiting MUDA to check if it is ready.

In the year 1996-98 there was a go-getter Commissioner by name S.N. Nagaraju (if my memory serves me right). When he was told of this cumbersome way of obtaining a Possession Certificate from his own office for getting the Title Deed, he listened. He studied the procedure and discovered its stupidity and found it is one of the documents that gets BRIBE to so many employees down the line (I mentioned above). Nagaraju decided Title Deed would be given without the allottee obtaining the Possession Certificate. The MUDA itself would check the size, boundary etc., for the purpose of the Title Deed. He set the rules and methodology but it was finalised in 1998, as I learn, by his successor N. Jayaram, the next Commissioner. A down-to-earth, most pragmatic and people-friendly Officer. He liberalised the procedure for giving Title Deeds and the system, I guess, is continued. This shows, if an Officer wants and cares and minds he cannot only simplify procedures but also in the process eliminate corruption.

Here, I must remember P. Manivannan, a real IAS Officer with grit, will and skill to deliver. I have one special case where he was helpful to tourists and the local people. Chamundi Hill Gram Panchayat had auctioned the collection of toll from vehicles going to the temple and the bull (Nandi statue) but not to the View Point. However, the successful bidder (contractor) put up a barricade at the junction of the View Point and was collecting entry fee arbitrarily fixed by him. He would not allow the vehicles to go to the View Point which must be free. Many youngsters and tourists who go only to the View Point used to get upset and many times quarrels used to take place. There used to be long line of waiting vehicles as a result of arguments and inefficiency in collecting the toll. I gave a complaint to Manivannan.

He inspected the Toll Gate,  studied the financial implications and took a tourist and people-friendly decision. There was enough money with the Temple. He returned the deposit given by the contractor to the Gram Panchayat and removed the Toll Gate, making it a free passage.

He later told me that he was lucky there was no Gram Panchayat in power at that time and before a politician could intervene he had finished the job.