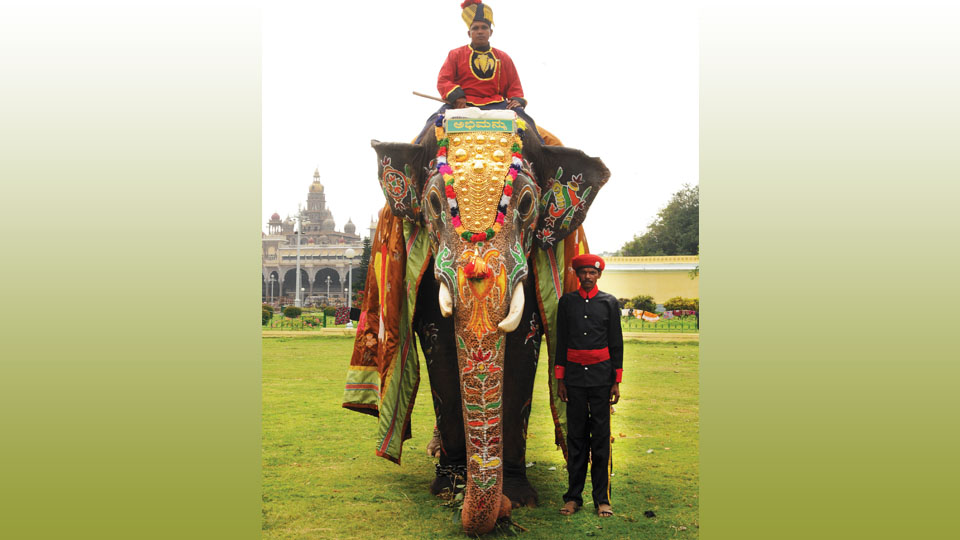 Are we well braced for a “Grand” Dasara that our Government has declared, in great aplomb and confidence, to celebrate this year’s Dasara beginning from Sept. 26 to Oct. 5 in a “grand way”? Can we expect the vainglorious Dasara zing to be back after a gap of two years caused by COVID-19 pandemic?

I was a witness to one Dasara with the Maharaja of Mysore Kingdom Sri Jayachamaraja Wadiyar riding the caparisoned elephant with long tusks, seated on the Golden Howdah followed by retainers and courtiers in Durbar dress when I was in the school in Kodagu. I vaguely remember the procession. It was a sight for the Gods to see but also for the mortals! “See, that is Maharaja on the Ambari (Golden Howdah) Namaskara madu (salute him)”, said my senior host. That was the reverence the spectators of Jumboo Savari had for the Maharaja those days.

According to my information, Jayachamaraja Wadiyar, the last Maharaja of Mysore, sat on the Golden Howdah for the last time in the 1969 Jumboo Savari. I should think that it might be the last authentic and grand Dasara as far as this festival celebrated in Mysuru went. Let it be.

Now if you thought the Dasara would be “grand” when you spend more money granted by the Government, you would be a moron. What is the definition of “grand” in the matter of celebrating a festival with its tradition and ritual?

It must be a celebration with religious fervour coupled with the kind of cultural renaissance that was unveiled during the reign of Maharajas after the fall of Tipu in 1799. Of course, the awe evoked by the presence of the Maharaja on the Golden Howdah during the Jumboo Savari cannot be reclaimed in a democratic political order. But we have the idol of Goddess Chamundeshwari, the presiding deity of Mysore Royal dynasty, to fill that vacuum.

I guess for the people who saw divinity in their kings, this alternative must be acceptable. Why not? After all, the Devi’s idol is also ensconced inside the Golden Howdah!

Be that as it may, let me come to the idea of making this year’s Dasara “grand”. The question is, why this year only? Why not every year in a grand manner? When you don’t celebrate Dasara with the Maharaja in the Jumboo Savari, open to the public, it should always be “grand”. It cannot be observed lackadaisically or half-heartedly. Otherwise, as during the last two years when it was not celebrated due to COVID, do not venture into it. If you want to do it, do it well, should be the motto.

I remember that in 1985 there was drought in Karnataka, and the World Kannada Meet was held in Mysuru. It was Janata Government headed by Ramakrishna Hegde and as could be expected from the Opposition Congress there was protest saying when people are starving due to drought, why this “grand” World Kannada Meet?

I think it was the famous Kannada litterateur Shivaram Karanth who silenced the pseudo protestors in his public speech by asking if they had stopped eating masala dosa because there was drought. The World Kannada Meet was a grand success. Our Karnataka Kalamandira, the imposing, pillared, auditorium was inaugurated during the meet. Likewise, Dasara in Mysuru, when celebrated must be grand, there should be no compromise.

Having said this, now the thought goes towards making it grand. This, I think, is the only festival in Mysuru where apart from the religious fervour of Navarathri other multifarious cultural, economical and entertainment activities take place.

While the Mysore Palace premises is the rendezvous of major cultural activities, the music, dance, drama by renowned artistes from all over India come to perform at various venues. There would be old classical films being screened and the Government supported theatre repertoire Rangayana, producing folk dances and dramas. If these come under entertainment segment there is commercial opportunity too for the people — Dasara Exhibition is equally famous as a necessary adjunct to Dasara festivities. And then another attraction is the Flower Show. How “grand” it would be is also to be seen.

Now the most important aspect of Dasara for Mysureans, apart from the religious fervour, is commercial. The rush of tourists attracted by the Dasara. During the days of Maharajas, large number of foreigners used to come both as Maharaja’s guests and tourists. Hence the claim that it is a ‘world famous’ Dasara.

My friend the renowned photo-journalist T.S. Satyan always used to chide me whenever SOM wrote ‘world famous Dasara’ saying that it is not world famous, yes during Dasara more foreigners  come. I protested. Why not allow us to have some vicarious pride? He was not convinced.

However, Dasara is a golden opportunity to showcase Mysuru, nay Karnataka, as an important never-to-miss tourist destination. But how far have we succeeded in making Mysuru tourist-friendly not only during Dasara but also through the years?

N.K.A. Ballal, retired Sr. Vice-President of ITDC (India Tourism Development Corporation) had written an article in this regard in SOM dated 12th August, 2022 titled “Grand Dasara — A Mirage” wherein he has made very pertinent comments on why the word “grand” suggests the money available for spending. Did you get me Steve? Ballal should know, as an experienced man in the business of tourism.

This apart, Ballal has made some practical suggestions to attract tourists from other parts of India and abroad — who deserves to be in various Sub-Committees, the imperative of inviting selected important Travel Agents, from different parts of the world and India, as Dasara guests, honouring them in Mysuru’s traditional manner, making use of the Private Durbar of the scion of the Royal Family, engage some travel writers to publicise the event etc.

But then, do those who conceived this “grand” idea for the Dasara have the grand vision?

Ballal writes: “We have hardly 45 days for Dasara. So what do the officers do? Simply dust the old files, copy and paste the events.” I am inclined to agree.

Inauguration of Dasara is on Sept. 26. One would expect the infrastructure to be in place — roads, trimming of the avenue trees that have branched out wildly due to rains, electricity, UGD, parking space, signal lights, toilets on crowded roads, along the procession route (as people keep waiting for hours before the procession starts), Police security, neighbourhood patrolling (because house theft cases increase during Dasara), traffic control etc., etc.

And what is Dasara sans illumination of roads and buildings that set the whole city ablaze with multicoloured lights? And this year more money, over Rs. 5 crore, is allotted for this alone to showcase a bigger, brighter “grand” Dasara.

While the famous late actor Puneeth Rajkumar will be seen in illumination making it a real attraction, there are other gimmicks too using 3D and video merging technology for illumination. This year the road leading to the Chamundi Hill temple will also be illuminated, it is learnt.

With no shortage of power, it is all hunky-dory for the Chamundeshari Electricity Supply Corporation (CESC) to go all-out to create a star-studded heaven in Mysuru.

While all this will enable a “Grand” Dasara, there is a danger of a ‘Wet Dasara’ like ‘White Christmas’ this year. Even after the peak period of the monsoon, rain seems to lash the city incessantly.

Therefore, the risk of a wet Dasara cannot be wished away and the authorities should be prepared with pre-emptive plans to face the challenge of such an eventuality.