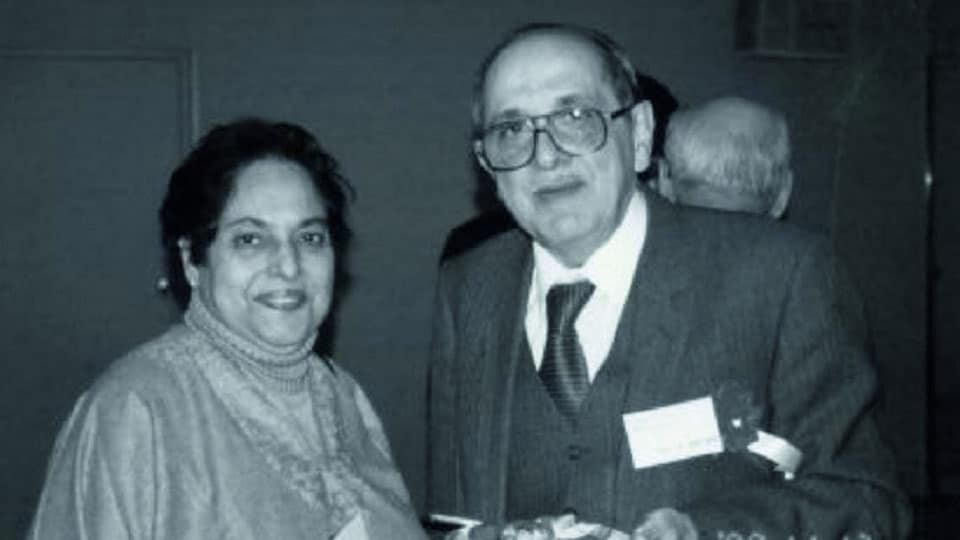 Fali Nariman talks about his experience in the Bombay High Court and makes a sort of confession that a large majority of litigants (like me), lawyers and even Judges, cannot disagree with. Here it is:

“Over the past 59 years at the Bar, I have come to realise that justice is elusive, sometimes unpredictable, and often unsatisfying.”

As if to explain why he holds the kind of opinion about justice, quoted here above, Nariman gives the case of a Parsi doctor convicted and sentenced to death in England and another of a defamation case in the Bombay High Court.

“Defamation cases in India are a luxury and a dangerous luxury at that, that they are too often filed in a hurry, and repented only at leisure. And then it is too late. I dissuade clients from filing such actions — civil or criminal.” This, with the example of a case filed against a Gujarati weekly ‘Kaiser-i-Hind.’

He writes about the meagre fee paid to the juniors if they argued the case and recalls the words of his grandmother, ‘Out of misery, you will learn.’ Unable to manage without minimum earning, his friend, also in the Chambers of Kanga, left the profession and joined Glaxo, becoming in course of time its MD in India. As for Nariman, the lucky, he made it good in the profession rising to the highest position, making a name in India and in the international legal bodies.

He recalls that in his time Junior Advocates were fortunate to have Judges who were considerate and kind to Juniors. This helped the Juniors earn a small fee (for appearing with the Seniors. He showers great admiration on Chief Justice M.C. Chagla saying that Chagla had “such a combination of knowledge and graciousness,” qualities that Nariman later found in another Chief Justice of India, Justice M.N. Venkatachaliah, describing him as “another great Judge and a great human being.”

Chapter 5 of the book titled, “Lessons in the School of Hard Knock” is full of advice, or call it tips to lawyers, gleaned from his personal experience and experience of others who practiced in different Law Courts. Nariman lists them and at the final count it is 28. Some examples.

First one.  Let your opinion about ‘Whether your client has a case that would stand up in Court’ be honest and responsible. Acquaint oneself with the relevant laws, including case laws. While arguing be precise, not confused. Be well-prepared with scholarship on the case on law.

Nariman gives a classic and unbelievable example of an episode in the Court between the great Advocate Viswanatha Sastri (his portrait hangs in the Advocate’s Lounge in the Supreme Court) and Justice R.S. Bachawat, a great Judge.

While Sastri was arguing in his inimitable ‘soft-but-sure’ manner, Justice Bachawat reminded Viswanatha Sastri that the proposition he was affirming in his argument was directly contrary to what the Privy Council had said in another case. There was silence in the Court. What would be the response of Viswanatha Sastri? After all, except Justice Bachawat no one (including other two brother Judges sitting with him) would know this decision of the Privy Council, thought everybody.

But here is the reply from Viswanatha Sastri:

“Yes, My Lord, and that is the only decision of the Privy Council that has been adversely commented on in “Halsbury’s Laws of England” in volume [such-and-such.]”

This was too much for Justice P.B. Gajendragadkar, a scholar Judge sitting in the Bench who suspended the proceedings and ordered that the books be brought to the Court. Sure enough there was the judgement of the Privy Council as Justice Bachawat had recollected and equally surely there was that passage in “Halsbury’s Laws of England” which commented adversely on the opinion of the Privy Council!

“This is how well-prepared lawyers and Judges should be,” concludes Nariman.

Another interesting advice relates to a news item I had read in ‘The Indian Express’ in the 60s. The advice, “Never be too cocksure of winning cases.”

Nariman had argued a case before Chief Justice H.K. Chainani and thought he would win the case. About a week later, Chief Justice Chainani, while crossing the road during an evening walk on Marine Drive (my usual haunt while in Bombay), was knocked down unconscious by a passing motor car and later died. The appeal had been placed for hearing once again before another Bench. This Judge told Nariman that the notes on the file of Chief Justice Chainani indicated that the judgement would be in Nariman’s favour. “But it was not to be. I had counted my chicken before they were hatched!” bemoans Fali Nariman.

Another good advice Nariman mentions in the book is, “Leave your anger outside the Courtroom.” As Lord Eldon discovered 30 years later, that he was very angry and very wrong. Yet another advice was, “Don’t quarrel with your opponents because ….. the major part of your life will be spent with your colleagues at the Bar. And there is another gem of advice — that to lose your temper at a Judge is losing half the battle in Court!”

The last 28th advice I must mention here so that I too can share with my readers my own experience similar to the one mentioned in the book. The advice is, “When you are old and infirm, you must stop practicing!”

Nariman says that good sight and good hearing are essential attributes for a good lawyer and illustrates it with an example you would love.  The doyen of Bombay Bar one John Duncan Inverarity  (1870-1923) was hard of hearing. So he was given a place near the Judge. The captain of the ship (involved in the case) was giving oral evidence and said, “…and the ship was slowly sinking…” John Duncan Inverarity, despite being close to the Judge and the witness, misheard the statement, immediately stood up and in a loud voice demanded to know ‘who was drinking?’

On being told what the captain had said, John “Sheepishly resumed his seat.”

Now what was told to me. It was the birthday of my friend who had survived an open heart surgery. His nephew had married a Chinese girl who was baking cakes as a hobby. So she was asked to make a hat-shaped  birthday cake for my heart-patient friend’s party. The party began with family members charged with sentiments. The birthday cake was brought and kept on the table with its cardboard cover ready to be lifted and surprise the guests.

Lo and behold ! When the carton was lifted there came a red heart-shaped cake! There was stunned silence for a while. How to cut the heart?

The poor Chinese lady, while taking the order, misheard her husband as saying ‘heart’ instead of ‘hat.’

Nariman mentions of another important turning point in his life. I guess it is so with everyone who gets married! He got married in October 1955 to Bapsi Contractor. It is interesting to know that her paternal grandfather Khan Sahib Sorabji Contractor constructed Jamsetji Tata’s Taj Mahal Hotel in Bombay (in 1903) and also the iconic ‘Gateway of India’ next to it on the seashore. No wonder this marriage was ‘an important’ turning point in Fali Nariman’s life.