Home » Feature Articles » Tributes to Dr. A. A. Kuttappa: A gentleman in his profession & social life 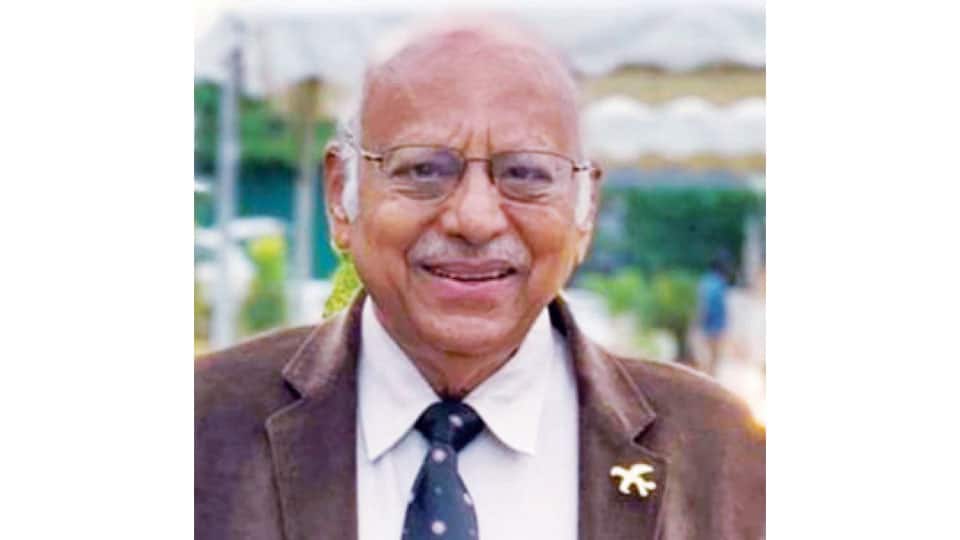 Tributes to Dr. A. A. Kuttappa: A gentleman in his profession & social life

Dr. A.A. Kuttappa, who passed away early this morning, was known in city since late 1960s as Dentist Kuttappa. Those were the days when there were not many privately practicing dentists. Most of the dental patients would go to K.R. Hospital.

He was indeed lucky to have got a place for his Dental Clinic on the second floor of the Visvesvaraya (crescent shaped) building at the vantage point of the downtown area, the K.R. Circle. Those days and even now K.R. Circle is the nodal point of the city’s business area.

I had once visited his clinic when I had come to Mysore on leave from Bombay, where I was working in The Indian Express. It was just to say hello to an old collegemate of Madikeri, Kodagu. Naturally, he was surprised to see me as much as I was surprised to see him in his doctor’s gear, immaculately dressed complete with a long white gown of a coat, a doctor’s mask with his eyes popping out of a pair of specs and a receding pate. But before we met, I had to wait for a while in the outer room, as he was busy. The walls were embellished with photos and quotes that would bring a smirk on your face. For example: You kill time here while  I kill pain inside. The waiting area bespoke the personality and character of the person who ran the place — Dr. A.A. Kuttappa. So neat, clean, magazines to leaf-through and absolute silence. A place for everything and everything in its place, seemed to be a credo of the doctor.

He was an active member of the Rotary and also of Kodava Samaja, an organisation of his community in Mysore and served both the organisations well. He was much sought after in Rotary either to introduce a guest or propose a vote of thanks for he was a man of profound and impish sense of humour though spoke haltingly. A Rotarian among Rotarians and a Kodava among Kodavas. What are his legacies?

I guess it was his sense of being a gentleman in his profession and also in his social life. As a Rotarian, he followed the rules and regulations always. Punctuality, attendance, giving donations and dress as per the norm prescribed. The same can be said of him in his observations of Kodava dress, customs and practices — worth emulating for the new generation of both dentists in private practice and Kodavas of Kodagu and the diaspora. RIP my friend Shyam.