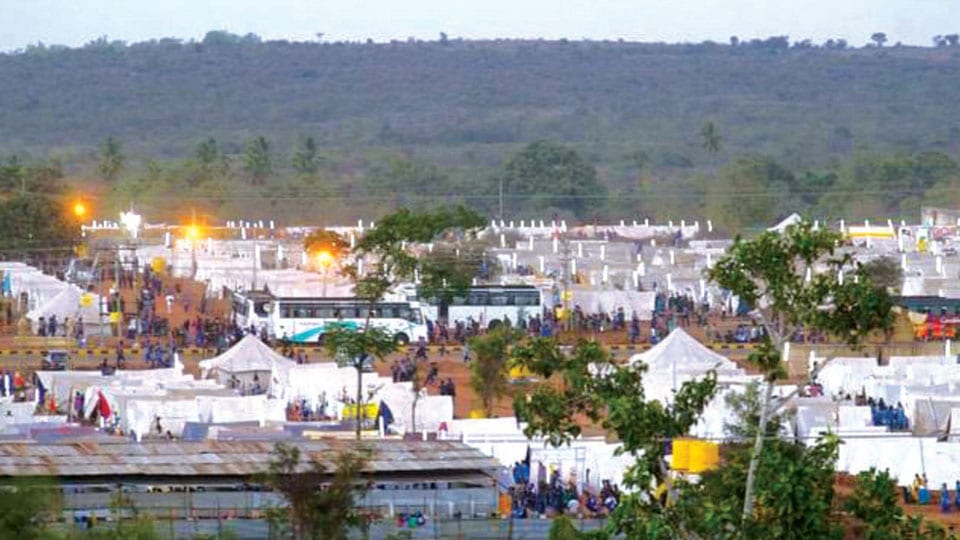 Is Tourism Department a hurdle for Film City Project?

Mysuru: The much touted Film City Project “Sandalwood” that is to come up at Immavu in Nanjangud taluk (Adakanahalli industrial estate) is facing hurdles as the Karnataka Tourism Department, which is in charge of the land, is keeping mum over the project.

Chief Minister Siddharamaiah is very keen to see that the project is launched before the forthcoming elections. However, no one is sure as to where the hurdles lie.

A helpless sounding Chairman of Karnataka Chalanachitra Academy S.V. Rajendra Singh Babu speaking to Star of Mysore over phone this morning said, “The Chief Minister is keen to lay the foundation stone for the project, as he has taken a lot of interest in it. But the Tourism Department is going very slow. They say that they have given the project to Ernst and Young for due diligence. I have been striving very hard for this project which would benefit the people of the region.”

According to Babu, the project worth Rs.300 crore to Rs.400 crore is planned on the sprawling 116 acres land that has an additional 30 acres forest land also adjacent to it that could be used for film shooting. The Revenue Department had said that land cannot be given on lease for just 30 years, but the CM told them then to extend the lease period to 60 or 90 years and see that the project takes off.

“The work could be taken up in three to four phases. Initially five floors and outdoor sets can be set up. Slowly a five star hotel, Game Park and other features could be added,” he said.

Asked whether it will be on the lines of Ramoji Film City in Hyderabad, he said, “That is a massive project on a 1,000-acre land. For the Kannada Film Industry, this size of land right now is very appropriate. We can easily generate employment for 3,000 to 4,000 people as there are nearly 23 departments in the industry like lights, camera, set up, makeup and so on.”

On whether he has the backing of Kannada Film Industry, he said that everybody in the Kannada industry is supporting setting up of Film City. “I am planning to take a delegation from the Film Industry shortly to meet the CM and impress upon him to expedite the project,” he said.

He said that he had made a few recommendations like imposing 10 per cent tax on other language films screened in Karnataka and the revenue thus earned can be used for the Film City.

“A corpus fund of nearly Rs.125 crore will accumulate in five years as the other language films do a business more than Rs.2,000 crore in Karnataka which is benefiting only the producers while Karnataka is losing out,” he said.

The other recommendation he has made is, instead of paying cash subsidy for Kannada films, the producers could be allowed to shoot in the film city and given free access thus saving a subsidy of Rs.10 lakh.