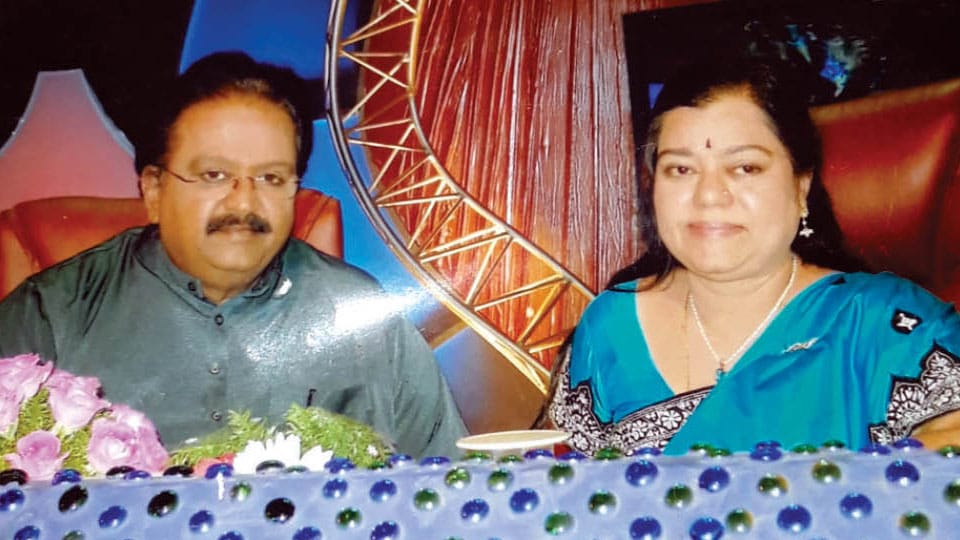 Gaana Gandharva Dr. Sripathi Panditaradhyula Balasubrahmanyam, more known as SPB, is no more with us. I was lucky enough to be in his august presence for more than two hours when I was invited by him to be a judge for ‘Ede Thumbi Haaduvenu’ reality show. He began the show with a song sung by him in his honey voice.

He conducted the show so well, introducing me in all superlatives, encouraging the young participants with kind appreciative words and consoling those who lost in that episode.

More than that, outside the studio, he was such a simple soul speaking with all humility to my husband and son who had accompanied me. I was surprised when a musician of his calibre  appreciated whole-heartedly my composition ‘Manasara mati needu,’ a ragamalika, which I sang at the end of the episode.

Dr. SBP would have rendered many more soulful songs, acted many more memorable roles (as in Kaadhalan and Keladi Kanmani) and filled our hearts, if he had lived. But his voice and simplicity will always be in our hearts for ever. May his soul rest in peace.