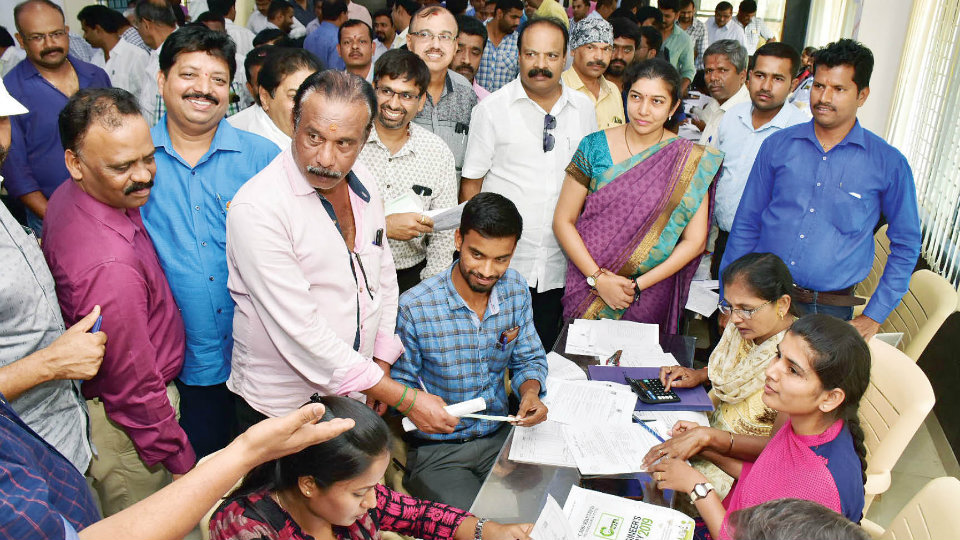 The mela, which began at 10 am will go on till 4 pm today. The Association has organised the mela for the benefit of hotel owners to get the licence renewed under one roof without any hassle.

Speaking after inaugurating the mela, MCC Commissioner Shilpa Nag directed all owners of hotels that produce large quantity of garbage to set up their own compost unit to avoid fines and even cancellation of Trade Licence.

According to the Solid Waste Management Rules-2016 and protocol for star rating of garbage-free cities, all bulk garbage generators in commercial category, including hotels, restaurants, function halls, IT companies and other industries, food courts, malls, institutions etc., that produce an average of 50 kgs of waste a day must install composting machines in their premises to process the wet waste, she added.

She said that MCC collects a revenue of Rs. 5 crore from over 30,000 Trade Licence holders every year in city. Of this, 500 are restaurants and big hotels, she added.

She also appreciated the hotel owners for their contributions in promotion of tourism as well as helping the city bag the third place in Swachh Survekshan 2019 ranking.

Earlier, Association President C. Narayanagowda demanded the MCC to relax its rules on collection of double tax and double trade  renewal fees from non Completion Report (CR) building hotel owners besides urging to drop the demand of producing revenue paid receipts from hotel owners during the renewal of Trade Licence.

MCC Commissioner Shilpa Nag promised to look into the demand after discussing the same at the MCC Council meeting and with other higher government authorities. She said the city was adjudged third cleanest city among 4,237 cities in Swachh Survekshan Survey 2019.

Dr. Nagaraj also asked the hotel owners to recycle the used edible oil generated from their hotels for production of  fuel. MCC has planned to set up such a bio-fuel unit by using used edible oil. MUDA has allotted four acres of land for MCC to set up this unit in city. Used edible oil will be recycled once this unit is commissioned, he added.