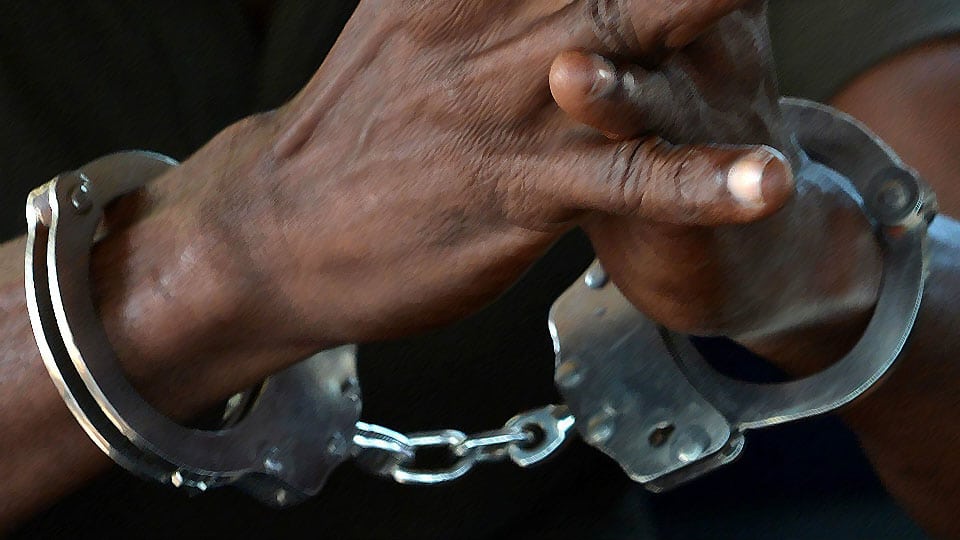 Transgender handed over to Police for allegedly snatching cash from youth

Mysuru: A transgender, who allegedly snatched cash from a youth and tried to run away, was caught by the youth and his friend and was handed over to Nazarbad Police on Jan.10.

The arrested transgender is 45-year-old Rani alias Manju, a resident of Udayagiri in city.

On Jan.10 night, the youth identified as Surendra, a resident of H.D. Kote, who had come to city along with his friend Somanna, had withdrawn Rs.3,500 cash from the SBI ATM inside the Rural Bus Stand.

Rani, who had watched Surendra withdrawing cash, allegedly snatched the cash when Surendra came out of the ATM kiosk and ran towards Chatrimara. But Surendra and Somanna followed Rani in an autorickshaw, caught hold of her and handed her over to Nazarbad Police.

Nazarbad Police have registered a case in this regard.