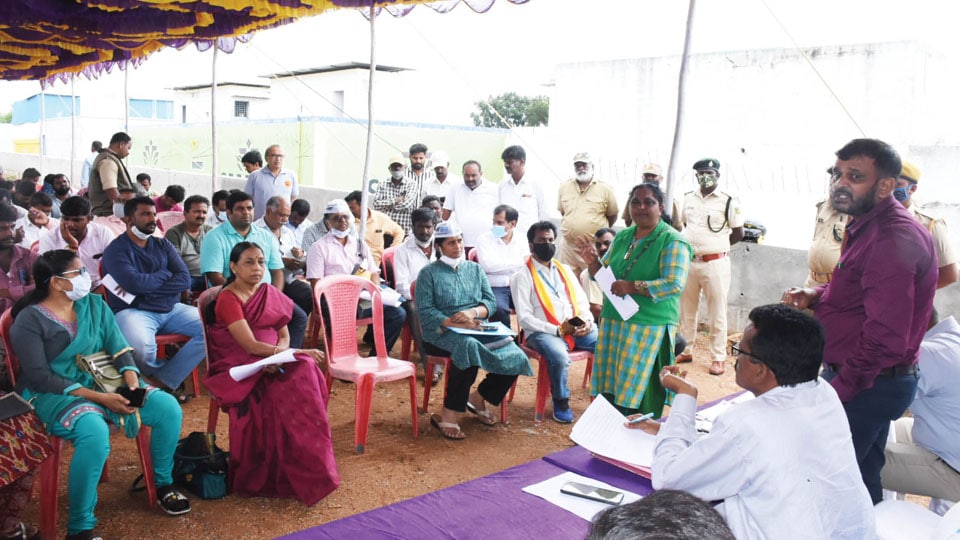 Mysore/Mysuru: The public hearing conducted by the Forest Department this morning here on felling of roadside  trees for  NHAI’s (National Highways Authority of India)Highway expansion plans, saw environmental activists tearing up consent letters that were in  support of tree-felling.

The Forest Department had invited objections, if any, from members of the public for proposed felling of 537 trees of various species along the National Highway service road on a 9-km stretch from Bannur Ring Road junction (Devegowda Circle) to APMC junction on Nanjangud road, for service road expansion.

The public hearing today on the felling of trees took place near  APMC  Yard on Mysuru-Nanjangud road.

Objecting to the announcement, the activists who were opposed to the felling of trees, questioned the veracity of claims made by the Forest Department, when only 30 of them had registered today and the Department had received a much higher number of letters.

Wondering how this could happen, the activists demanded raising of hands by the participants, which however did not take place amid the confusions and contradictions.

Accusing the officials of favouring only those who were in support of felling of trees, the activists, terming the entire exercise as farce, tore down the consent letters that supported tree felling.

After the hearing, the Forest Department authorities announced that they would formally announce the Department’s  decision in a couple of days.