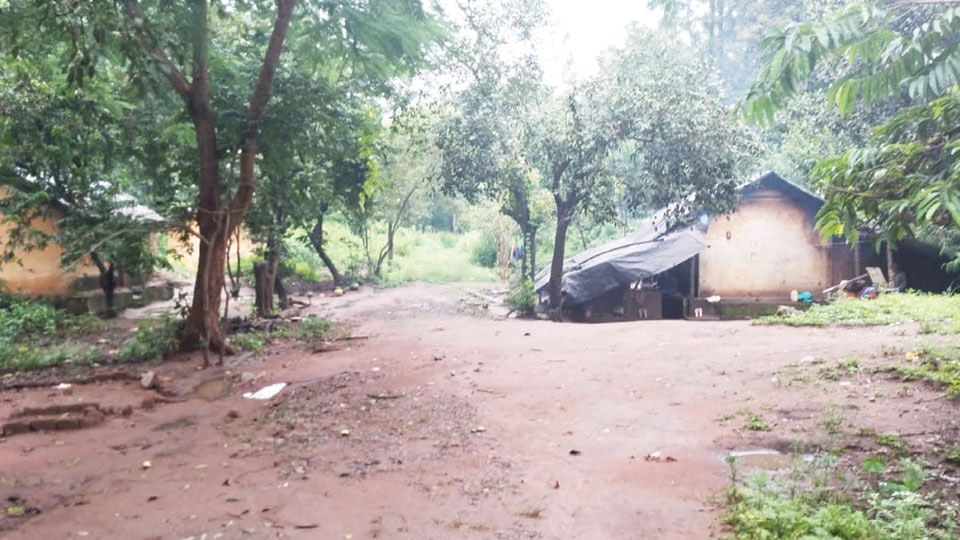 Mysore/Mysuru: Demanding announcement of a relief and rehabilitation package for Adivasis as recommended by Prof. Muzaffar Assadi Commission, H.D. Kote based Tribal Farmers Association has warned of laying siege to the residence of the Chief Minister at Bengaluru if the demand is not met by the end of August.

Addressing a press meet here on Saturday, Association Co-ordinator Vijaykumar said that the Government had promised rehabilitation to tribal farmers and other tribal communities of Nagarahole, Bandipur and other forests, when they were asked to leave the forests. But after driving them out of the forests, the Government has not met its promise of providing relief and rehabilitation, which has resulted in great hardship for the tribals, he claimed.

Alleging the Forest Department officials of driving out people from tribal hamlets in forests without any proper rehabilitation in the past too, Vijaykumar wanted the Government to implement the recommendations of Prof.Muzaffar Assadi Commission.

He also sought a Rs.15 lakh relief package for each tribal family and basic civic amenities at Hamlets.

Association President Raju, office-bearers Swamy, Kariya and others were present at the press meet.