Home » Voice of The Reader » Tribute to Prof. Dandapani, my teacher and colleague 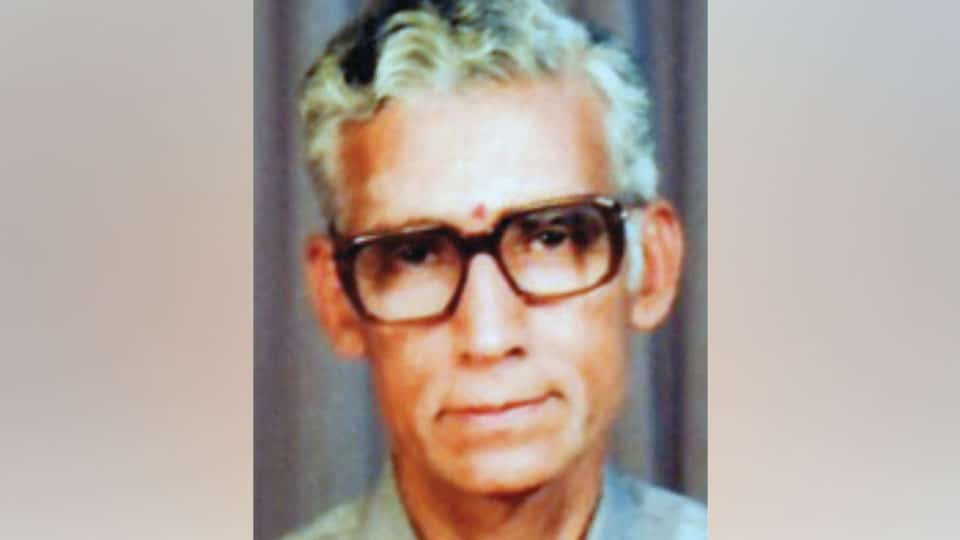 Tribute to Prof. Dandapani, my teacher and colleague

I met Dr. S. Dandapani in 1965 when I was a student of the Regional College of Education (renamed as the Regional Institute of Education), Mysore. To start with, my association with him was that of a student and teacher. He endeared himself very dearly to all his students with his clarity of thinking, depth of knowledge and pleasant demeanour. Words would flow easily through a sweet nasal sound. A towering personality – tall and thin, swaying as he spoke. His favourite topic then was psycho-analysis.

Within weeks of joining the College, a personal bondage was established as I shared a common interest – MUSIC.  How can I forget the Music Club where we met every Saturday and innumerable songs we learnt and sang? Both of us were interested in Carnatic classical music and classical-based film songs. Fifty-one years later, I still remember two of his most favourite songs – T.M.Soundar Rajan’s Oru naal poduma  from Thiruvelliyadal  and Rafi’s Tu Ganga  ke mouj mein …baiju bawra.  I was so much impressed by his rendering of these two songs, I would demand him sing these, along with others, like singing the National Anthem at the end of a function!

In his turn, he would order me to sing one of Rafi’s songs from the same movie He duniya ke rakhwale along with a few other  songs. Years later when I returned to Mysuru, I used to meet him in music concerts and would go nostalgic. My wife and I invited Dr. Dandapani to speak in our weekly Rotary meetings.

A pleasant person to deal with, rarely would you hear him raise his voice in anger either with students or colleagues. But once, just once, we saw him flare up against a very senior student, perhaps older than him, for something that irritated him in the class. That student probably exhibited a sense of ego and arrogance and Dandapani put him in his place. Yet, he was gracious enough to apologise to the student in the next class.

We were colleagues and worked together in our respective faculties enjoying cordiality and mutual respect. I was away from Mysore (1974 – 1995) when I lost touch with RIE. When I returned, all of my teachers and most of my contemporaries had either retired or left the world. Here is one such teacher who left us for his heavenly abode leaving us with just the memories. May his soul rest in peace.