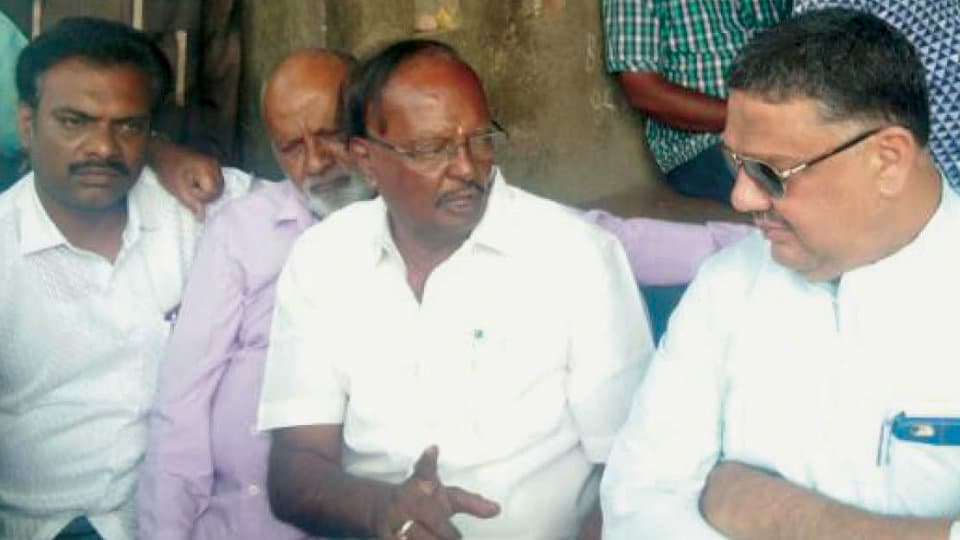 The ongoing strike by truckers, which began from the midnight of Mar. 30 following a call given by the South India Motor Transport Association (SIMTA) to press for their various demands including the roll-back of the increased premium for third party insurance, hike in penalty and toll fee, entered its sixth day today as the talks held between the truckers and the Government failed yesterday.

Meanwhile, Primary and Secondary Education Minister Tanveer Sait, who met the striking truckers at the Lorry Shed in Bannimantap here this morning, urged them to transport the essential commodities that  have arrived to city in trains to the godowns.

He said that he would pressurise the Government soon after the by-polls and set things right.

Construction activities of both Government agencies and private parties have come to a standstill following the strike. However, transportation of vegetables, fruits, milk, medicines, petrol and diesel and other essential commodities has not      been affected.

Meanwhile, members of Petroleum Tankers Association said that they would decide in joining the stir in three days if the Government does not act soon.