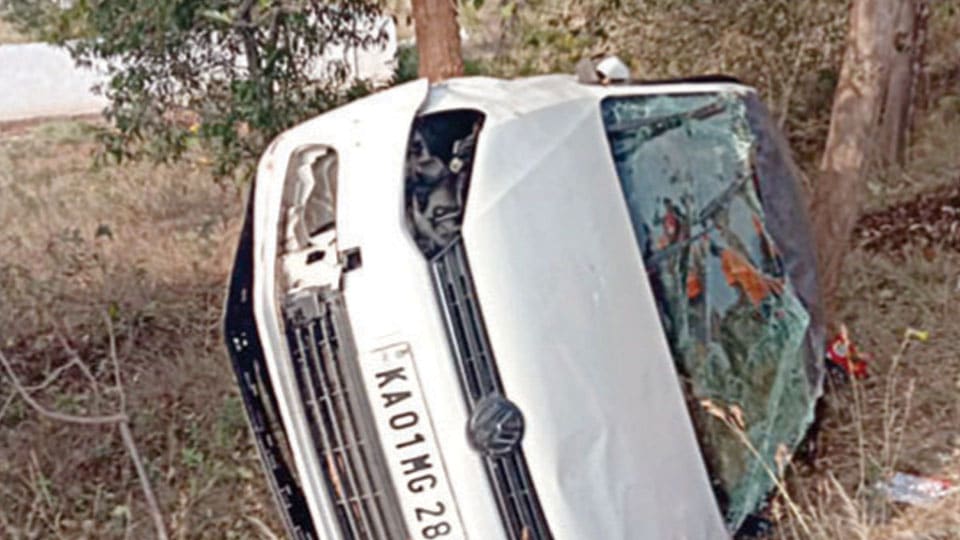 Nagamangala: Two youths were killed while three others sustained injuries, when the car in which they were travelling hit a road divider and toppled near Hosakki Palya Gate on Bengaluru-Mangaluru Highway (NH-75), Bellur hobli in the taluk.

The deceased are Srinivas (22) and Shankar Prasad (20), both residents of Bengaluru.

The deceased, along with three other friends, had gone to Ponnampet in Kodagu on a trip and were returning. When they neared Hosakki Palya Gate on NH-75, the person behind the wheels lost control of the car, which rammed into the road divider and hit the roadside tree, before coming to a halt.

Following the accident, Srinivas, who was driving the car, suffered serious head injuries and breathed his last on the spot. Shankar Prasad, who was seated on the rear seat and sustained severe injuries succumbed at a hospital. Three other occupants, who too suffered serious injuries, have been admitted to Adichunchanagiri BGS Hospital.

Bellur Police, who visited the spot, have registered a case.