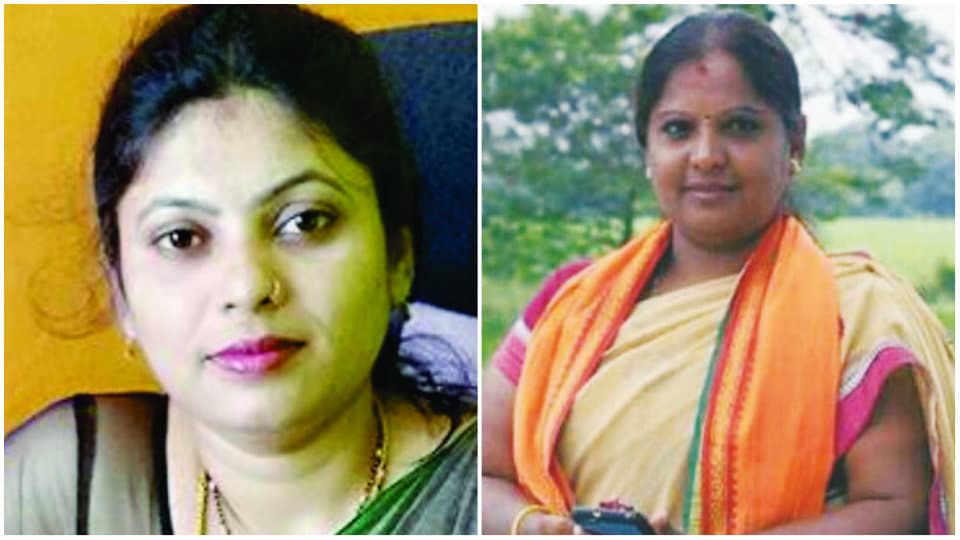 As soon as Star of Mysore broke the news yesterday that the BJP is likely to field Lakshmidevi from Chamundeshwari to wean away women voters from Congress, Lakshmi Gowda claimed that she too was an aspirant for the party ticket.

Speaking to SOM, Lakshmi Gowda, also from Vokkaliga community like Lakshmidevi, said that she had met BJP leaders including Venkaiah Naidu (now India’s Vice-President) and State BJP Chief B.S. Yeddyurappa and other top leaders and she would get the ticket for the high-profile Chamundeshwari Constituency.

“I have been a loyal BJP worker since the last 6 years and have strengthened the party from the grassroots level. I have worked in the field of education and I am a member of Central Film Censor Board,” she said.

On her part, Lakshmidevi too claimed that the party leadership had assured her of ticket from Chamundeshwari. “I have contacted National BJP President Amit Shah, State Chief Yeddyurappa and MP Shobha Karandlaje and I too hail from Vokkaliga community,” she said.

Lakshmidevi said that she knows most of the villagers personally and her relatives are all over the constituency.

“There are over 1,42,486 women voters in the constituency and I am a Vokkaliga too. This will ensure my victory. Moreover, as an astrologer has predicted that the CM will lose elections because of a woman candidate, I will surely win,” she claimed.