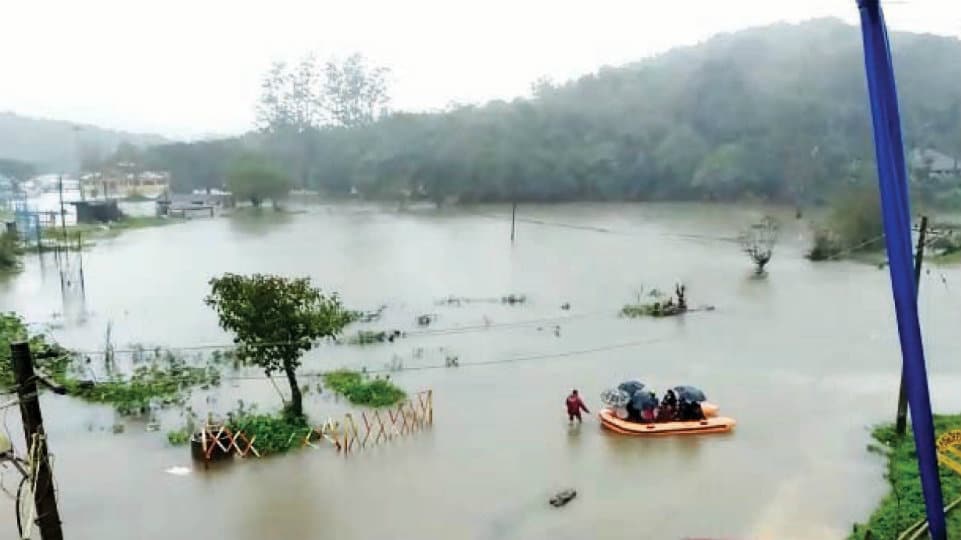 Bengaluru: It has been two months since the floods ravaged several districts of North Karnataka and the Centre has finally released funds for flood relief. The Union Government yesterday released Rs.1,200 crore as interim flood relief to the State.

In late August, Chief Minister B.S. Yediyurappa had submitted a memorandum to Union Home Minister Amit Shah seeking Rs. 8,790.25 crore interim relief; a fourth of the total amount of Rs.35,161 crore the State had requested as 103 taluks in 22 districts were affected by the floods in which 91 people died and seven lakh people displaced.

“Keeping in view the severity of flood situation and fund positions in SDRF accounts of the State of Karnataka, Home Minister Amit Shah has approved advance release of Rs.1,200 crore for Karnataka,” a statement by the Union Home Ministry reads.

In August this year, both the State and the Centre had conducted an assessment on the money required for flood relief. The State had submitted a memorandum stating that the region would require anywhere between Rs.35,161 crore – Rs.38,451 crore. The Centre and State’s assessment were not tallying due to which the Union Government had stopped the release of funds, sources said.

The CM had visited Belagavi, one of the worst affected districts. During a press interaction, he had admitted that the State treasury is empty. “Where is the money in the treasury?” he had said when asked why the funds were not released for flood relief.

Yediyurappa said that of the 69,381 houses that had collapsed, including those that were partially damaged, compensation has been given to owners of 26,077 houses. He further stated that the State Government needs Rs.11,193 crore for rehabilitation works in Belagavi alone. However, the State Government has managed to release Rs. 867 crore towards compensation for flood victims.