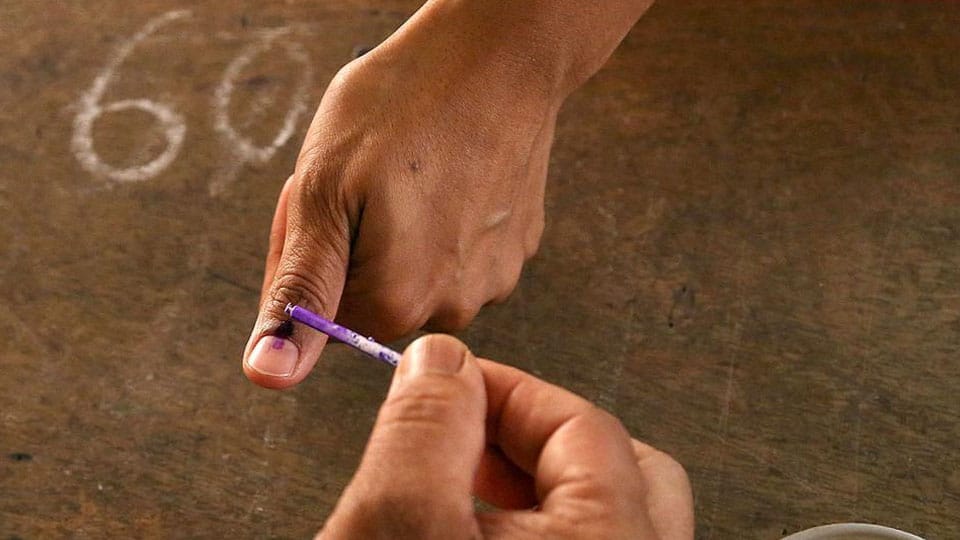 Nearly nine hundred million adults, past the age of 18 years in the country, being called upon to exercise their right to vote as a duty, even sacred duty, go to the polling booths in order to choose their representatives in the different law-making bodies and also to govern the country. The duty of fulfilling these functions with due decorum is no less sacred. The spectacle across the country which is there for all to read about in the dailies doesn’t seem to conform to the notion of duty, not to talk of the sacred aspect of their duty, apart from the trust vested in them by the diaspora. We are being unabashedly treated to the unedifying spectacle of the vote-mongers at large fighting  like children openly, first by verbal exchange with no holds barred and subsequently indulging in fisticuffs. Their conduct, unbridled in an open display of distasteful profile, may be cause for delight for some sections of society, but the rest have no option except to grin and bear it. Similar to the unseen Moon’s other side, the conduct of law-makers, barring exceptions, is the other side of Indian democracy which poses no problem in visualising the same.

While the word Vidya in the lines Vidya Dadati Vinayam, Vinaya Dadati Paatrataam… drawn from the land’s ancient texts, doesn’t exactly translate to education as commonly understood, the message in the lines is that education gives humility which in turn gives character, from character one gets wealth, from wealth one gets righteous life and finally happiness. However, the chain has got broken in the country’s current scenario of public life.

The clarion calls coming from the top brass in the Government and public speakers who address their captive audiences from various platforms on select occasions such as celebrating Republic Day or Birthdays of the country’s eminent people of the past to be proactive by contributing their mite for the nation’s progress and safeguarding its integrity as well as sovereignty seem to have become a cry in the wilderness as it were, given the country’s political freedom taken to mean freedom to indulge in unchecked unruly acts (swechchaachaara), disrupting life of people and causing destruction of public as well as private property such as setting ablaze Government buses, mistakenly calling the act as satyagraha or dharna.

Without meaning to belittle or question the many causes for which the outfits are coming on the streets and indulging in noisy outrage, they better reckon with the harm they are doing to themselves and the nation by obstructing progress at great cost. Also, the administration is clueless on taking step to end the unbridled and unedifying conduct of people at large, giving the impression that the unruly mobs are being dealt with kid gloves.