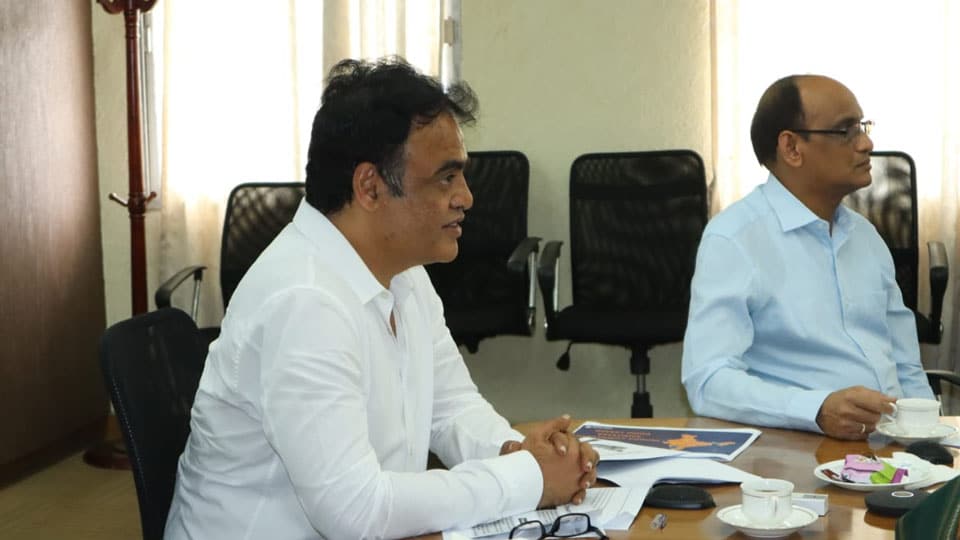 Mysore/Mysuru: The State Government’s move to introduce a common syllabus for all degree and post-graduate courses offered in State-run universities is being debated intensely.

The argument against the move is that if the uniform format is adopted, universities will lose their autonomy and diversity in the subjects they teach. Even BJP’s student organ Akhila Bharatiya Vidyarthi Parishad (ABVP) has opposed the move. Now, former Vice Chancellors Forum has opposed the proposal for uniform syllabus in all varsities of the State.

Higher Education Minister C.N. Ashwath Narayan has been advised by Nasscom and certain other foreign entities that communalising the curriculum would be beneficial to students in getting jobs and building careers.

In a press conference here, members of the Forum, also former vice chancellors, opposed the Government’s move for uniform syllabus and said that it will destroy diversity of varsities. Forum president S.N. Hegde said, “The move will have an adverse effect on the varsities and the Government must drop the plan.” If a common syllabus is introduced the Board of Studies in the universities will become redundant, he added.

Ex-Vice-Chancellor N.S. Ramegowda said, “Varsities have their own courses. For example ‘Theoretical Physics’ is available only in University of Mysore (UoM). Similarly, other varsities have designed their own special courses. When there is no uniformity in teaching, it is not right to bring uniform syllabus.” He remarked that the move was detrimental to the autonomous growth of varieties in the state. He added that it would prevent universities in offering courses that have a local flavour.

Former Vice Chancellor J.A.K Tareen said, “All varsities are not prepared to offer education online. It is not possible to conduct practical classes online. A majority of the teaching faculty are not familiar with online education.” Former VC Ambalike Hiriyanna said, “The Folklore University has no permanent teaching faculty and it is not right to introduce uniform syllabus, online coaching and mentorship system.”