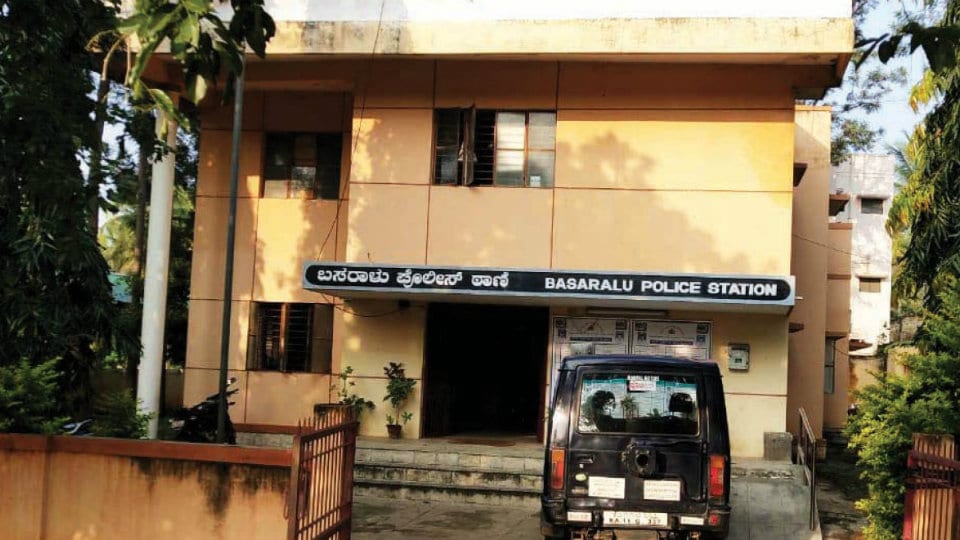 Mandya: Law Keepers displaying unprofessional behaviour and indulging in a fight inside the Police Station over night beat deployment, has come to light lately at Basaralu Police Station in the taluk.

SI Jayagowri has lodged a complaint accusing that ASI Shivananjegowda caught her uniform collar and assaulted her.

Complaint: According to the complaint, SI Jayagowri has stated that on Nov.9 (Saturday), after providing security to the Chief Minister’s programme at K.R. Pet returned to Basaralu Police Station at 4 pm and instructed ASI Shivananjegowda to deploy personnel for night beat.

She further stated in her complaint that the ASI told her that there was no staff following which she (SI) told the ASI to go home and take rest and come for night duty. Irked over this, ASI Shivananjegowda told the SI that he had worked since morning besides asking the SI to deploy others for the night beat besides refusing to come for the night duty.

The truth behind SI Jayagowri’s complaint will come out only after an official-level enquiry.

But whatever it is, law keepers, who are supposed to protect the public, indulging in fight at the Police Station is a matter of grave concern.