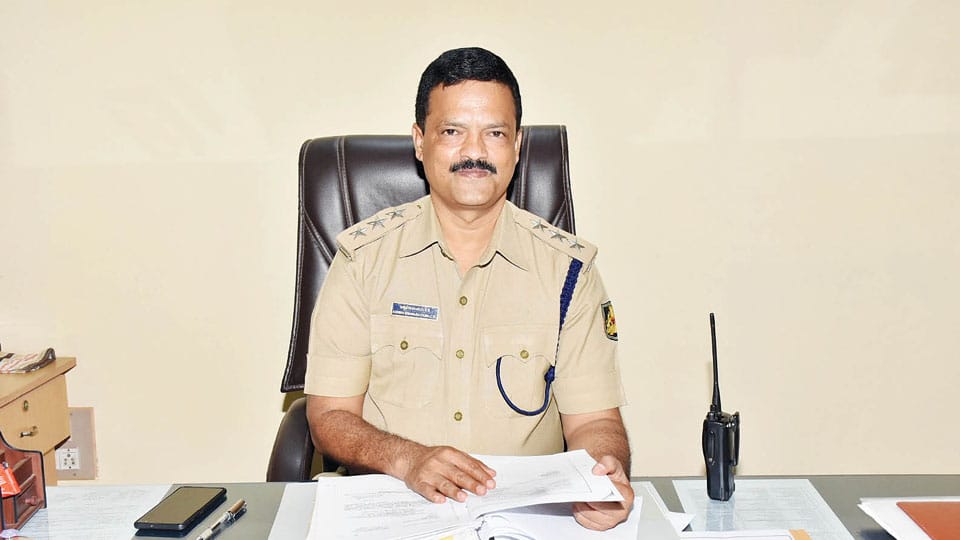 Mysore/Mysuru: The fake answer script racket being run to facilitate certain set of students from University of Mysore (UoM) has deeper layers to it than visible to plain sight. As such the investigating teams have expanded their probe to unearth the influence of certain powerful elements involved in the racket.

The CCB ACP C.K. Ashwathnarayan has taken over the investigation and Mandi Police Inspector Narayanaswamy, who has now been suspended and a few staff of Mandi Police Station have been booked for hushing up the entire episode in collusion with other culprits who actually ran the full-fledged racket from a lodge in city.

An FIR has been booked against six persons including two employees of the University of Mysore over fake answer scripts racket at Mandi Police Station. Sources told Star of Mysore that though the racketeers were engaged in preparing fake answer scripts of B.Sc Chemistry question paper (2020-21) of Mysore University at a lodge on B.N. Road, the actual perpetrators of the crime are still at large along with prime accused Nissar and Rakesh whose arrest is crucial for the case.

Sources said that certain influential individuals from the Mysore University, Maharani’s Science College and META-I firm from Bengaluru, who has got the outsourced contract of conducting the University examinations, are allegedly involved in the racket and are hand-in-glove with the accused and those students — Chandan and Chethan, first year B.Sc — who have been arrested.

Chandan and Chethan were unable to clear their Chemistry papers since two years and as such, they had approached Nissar. Initial investigations have revealed that the outsourced agency and certain individuals in the University and Maharani’s Science College had knowledge about the racket.

Police sources said the racketeers would not have gained access to the strong room without the blessings of the influential and powerful. A parallel investigation is also being conducted by Lakshmipuram Police to unearth the root of the case.

Police are on the hot chase of Nissar who is into hiding in Bengaluru. Meanwhile, an internal committee of UoM headed by Registrar (Evaluation) Prof. Jnanaprakash, has issued notices to all the accused to appear before the Committee for enquiry on June 22.