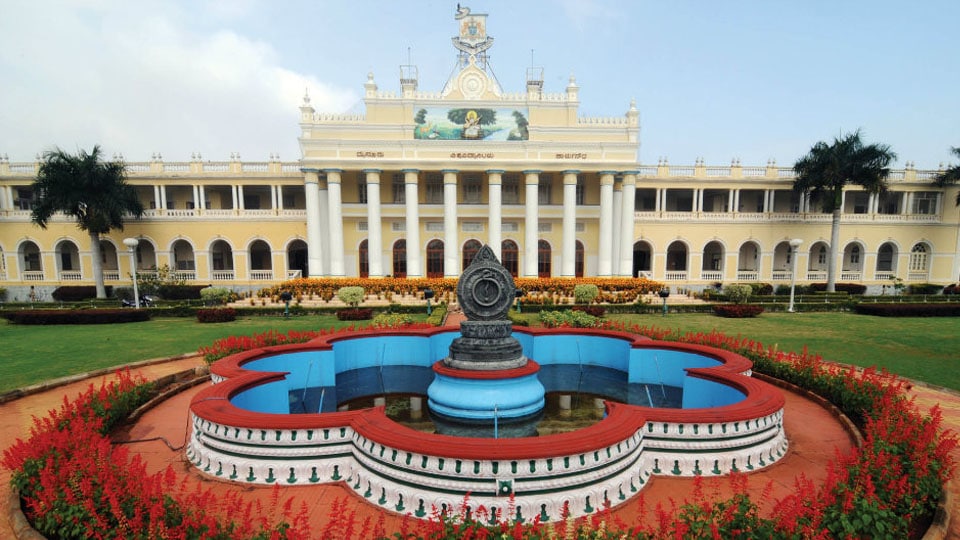 Mysore/Mysuru: A guest lecturer serving in University of Mysore (UoM) has been arrested by Bengaluru’s Malleshwaram Police in connection with the leak of a question paper of the written exam conducted by the Karnataka Examination Authority (KEA) for recruitment of Assistant Professors in Degree Colleges.

R. Sowmya, a Post-Doctoral Fellow and serving as a guest lecturer  at  Geography Department of UoM, is the arrested.

Sowmya, a resident of Giridarshini Layout in city, had appeared for the Assistant Professor recruitment exam held on Mar. 14 at Kuvempunagar Government PU College centre. Sowmya had allegedly received 18 questions of Geography paper and their correct answers atleast half an hour before the exam on Mar. 14 and she also shared them with others on WhatsApp, according to the Police.

The incident came to light after some candidates complained to the KEA which had conducted the exam. These candidates are said to have provided ‘proof’ of the paper leak and sought an enquiry.

Based on the complaint received from the ‘aggrieved’ candidates, KEA Executive Director S. Ramya lodged a complaint with Malleshwaram Police, who registered a case against Sowmya on Apr. 22. Ramya in the complaint stated that at least 18 questions from the Geography paper were sent to many candidates via WhatsApp from Sowmya’s phone atleast half an hour before the commencement of the exam on Mar. 14. Following the registration of the case, Malleshwaram Police arrested Sowmya from Mysuru yesterday and took her to Bengaluru, where she will be produced before a Magistrate today, it is learnt.

But the Bidadi College lecturer could not check the WhatsApp as he was in a hurry to appear for the exam. However, he checked his WhatsApp after finishing the exams and found to his utter surprise that the questions that appeared in the exam were the same and thus the paper leak came to light, it is said.

Prof. Shivappa said that the UOM authorities came to know of question paper leak only after the news broke out in TV channels. Stating that he wrote a letter to the Department head soon after, he said that the University has sought complete information about the educational qualifications of Sowmya and her service record in the University. Maintaining that neither the KEA nor the Police had contacted the UoM authorities in connection with the question paper leak case, Prof. Shivappa said that he is awaiting report from Geography Department head. The University will take disciplinary action against Sowmya as an FIR has been registered against her, he added.