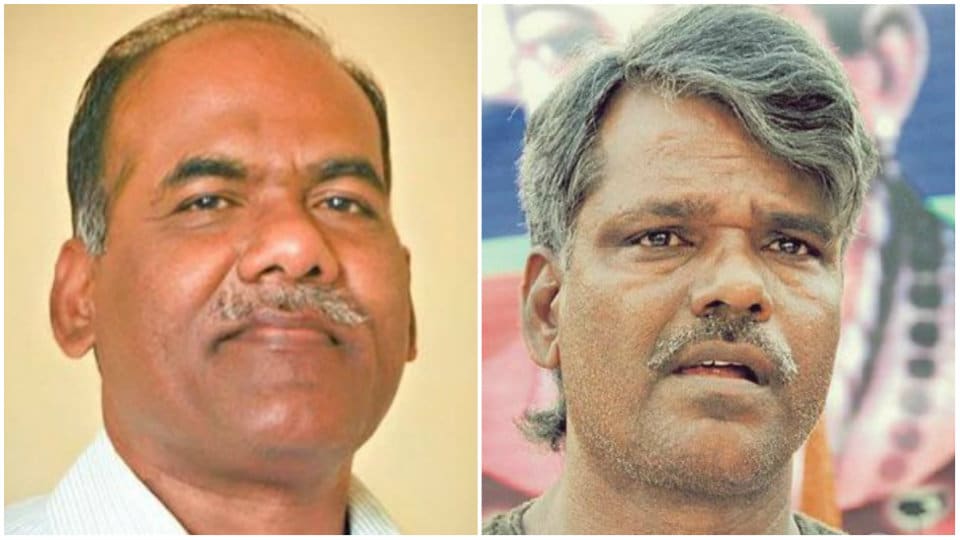 Mysuru: – The University of Mysore (UoM) has suspended two of its professors for campaigning in favour of Congress party.

The Mysuru Deputy Commissioner, who is also the District Electoral Officer, had directed the University to initiate action against Prof. B.P. Mahesh Chandra Guru of the Department of Mass Communication and Journalism and Prof. Aravinda Malagatti of Kuvempu Institute of Kannada Studies (KIKS) for publicly canvassing for the Congress and Chief Minister Siddharamaiah, recently.

At a programme titled ‘Janarajakarana,’ organised by some organisations at Ramakrishnanagar Circle near the statue of Ramakrishna Paramahamsa to galvanise support for the Congress party, they had circulated pamphlets seeking support for Siddharamaiah and his      government.

The then Deputy Commissioner K.B. Sivakumar (now transferred), who was the District Electoral Officer, had written a letter in this regard to the University authorities (acting Vice-Chancellor) to initiate disciplinary action against them.

At the event, both Mahesh Chandra Guru and Aravinda Malagatti openly canvassed for Congress party and were on the dais where political speeches were delivered. As government employees, they are not supposed to canvass for any political party and rules prevent them from indulging in any political activity.

Following the letter from the Electoral Officer, UoM Registrar D. Bharathi had issued show-cause notices to the professors. As the response from the professors was not satisfactory, they had been suspended, said the Registrar.