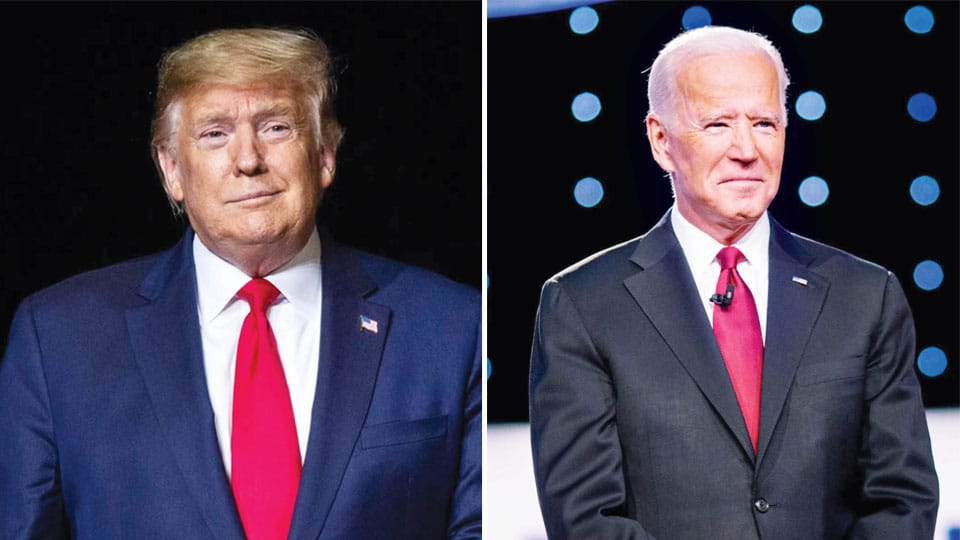 Washington: US President and Republican candidate Donald Trump today said he would go to the Supreme Court (SC) to stop delayed counting of votes.

In a short address to the media and supporters at the White House, Trump claimed he was on way to victory but “all of a sudden, everything snapped.”

“This is a fraud on the American public. We were getting ready to win this election. Frankly, we did win this election…We want the law to be used in a proper manner. We’ll be going to US Supreme Court. We want all voting to stop,” he said.

Trump’s words means the final results may not be in for a week as the parties battle it out in the nation’s Top Court. Trump is in a close contest with Democratic Party challenger Joe Biden with the latter having won 238 electoral college votes and the incumbent 213. A contestant needs to win 270 electoral votes to occupy the White House.

The President claimed he  was “winning” in Pennsylvania, North Carolina, Georgia and Michigan. While the counting so far puts him ahead in those States, the results have not been called out there yet.